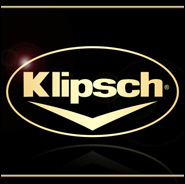 “For 65 years, Klipsch has delivered on founder Paul W. Klipsch’s groundbreaking acoustic principle of recreating the live music experience. Live shows and their memorable, emotional impact have defined us as a company, and we couldn’t ask for a better partner than Live Nation Entertainment to deliver an incomparable live music experience to our hometown,” said Paul Jacobs, CEO of Klipsch Group Inc.

Klipsch Music Center is nestled on 228 acres of land in Noblesville, located outside of Indianapolis in Hamilton County. For over 20 years, the venue has hosted a wide variety of leading popular artists ranging from Frank Sinatra to Coldplay to Metallica to the recent appearance of Elton John and countless others since it opened in 1989.

The venue has consistently ranked in the top-five for amphitheaters worldwide due to its picturesque outdoor setting and reputation for consistently providing the best in live entertainment.

As an extension of Klipsch’s longstanding fundraising efforts for the Make-A-Wish Foundation, the company also unveiled its plans to donate the proceeds from the auction of a custom-made Klipsch motorcycle. Over the course of the 2012 concert season, this custom built Orange County Chopper motorcycle outfitted with Klipsch speakers will be signed by artists performing at the Klipsch Music Center. At the completion of the 2012 season, the motorcycle will then be auctioned off to benefit the Make-A-Wish Foundation.