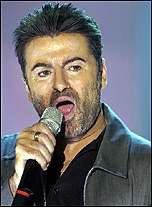 Michael, accompanied by his lover Kenny Goss and a 40-person entourage, was flown to Moscow by private jet to perform in front of 250 guests at Potanin’s 20-acre estate.

Other artists to recently partake in serious private functions include the Rolling Stones, who garnered $8.6 million to play the 60th birthday of billionare David Bonderman.