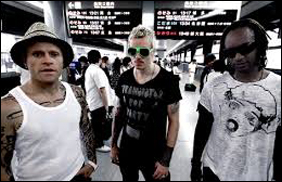 LONDON (VIP NEWS) — The Prodigy have signed with Three Six Zero Music – the new label set up in collaboration with Warner in the US. The Prodigy’s deal is under license from Cooking Vinyl in the UK.


Three Six Zero Group was founded in 2007 by Mark Gillespie and Dean Wilson. The company has a management outfit at its core, supported by the Three Six Zero Music label and Three Six Zero Publishing division formed with Warner Bros. Records and Warner/Chappell Music at the end of July.


"We are thrilled to welcome The Prodigy to the Three Six Zero family," said Gillespie. "We’ve all been lifelong fans and having the opportunity to work with them in a label capacity is a tremendously exciting prospect."


Cameron Strang, chairman and CEO, Warner Bros. Records, said, “Our partnership with Three Six Zero Music has only just begun and we’re already doing some amazing things. The Prodigy are incredibly influential, and we’re honored for them to be one of the first artists to join our new label. We look forward to contributing to their continued success alongside our new partners Dean and Mark, and the entire Three Six Zero team.”


Plans for The Prodigy are in development, with music and touring to be announced at a later date.


Band founder and producer Liam Howlett commented, “Looking forward to seeing some more daylight once the record is done after all this time working on beats in the bunker and looking forward to bringing some fresh noise to the USA again — bring it on!”