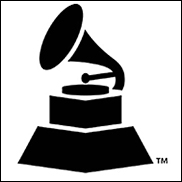 SANTA MONICA, CA (Hypebot) – The Recording Academy today announced that producer, engineer and songwriter John Poppo was elected Chairman of its Board of Trustees during its Spring meeting, as part of a slate of new officers.


"Once again, the Board of Trustees meeting has produced meaningful discussions about the vital role that The Recording Academy plays in the music community, along with a new group of accomplished and intelligent leaders," said Neil Portnow, President/CEO of The Recording Academy.


About The National Officers


John Poppo is a New York-based, multi-platinum selling producer, engineer, songwriter and musician who has worked in a wide range of musical genres. His various credits include recordings by such artists as Toni Braxton, Mariah Carey, Al Green, Daryl Hall, Janet Jackson, Michael Jackson, Chaka Khan, Annie Lennox, Madonna, 'N Sync, Diana Ross, Seal, and Luther Vandross. Currently, Poppo is focused on the development of new artists for his production/management company, Pop Productions Inc. He has served on The Recording Academy's Board of Trustees for the past 12 years, and on many of its national committees including the Planning & Governance Committee, which he has co-chaired for the past six years.


Ruby Marchand is a global A&R professional who has discovered, developed and nurtured artists across a multitude of genres during her career at Warner Music Group. Currently, she oversees the International Repertoire Initiative for Warner Music. Previously, Marchand was head of A&R for Ryko, a wholly owned label of WMG, where she signed artists including Keb′ Mo′, Will Hoge, Fran Healy, Allison Moorer, and the Posies, among others. As VP of A&R at Warner Music International for almost 25 years, she worked with prominent and emerging artists throughout Europe, Southeast Asia, Latin America, Canada, Australia, and New Zealand. Marchand is an adjunct professor at the NYU Steinhardt Music Business program. A former Vice President of The Recording Academy New York Chapter, she continues to serve as co-chair of the New York installment of GRAMMY Camp — Basic Training.


A four-time GRAMMY winner and 12-time Latin GRAMMY winner, Eric Schilling started his career in community radio. Schilling's next career move was as an assistant engineer at the Record Plant Recording Studios in Sausalito, Calif., working with Sly Stone, Joe Cocker and Fleetwood Mac. Later, he relocated to Florida to become an engineer at Bayshore Recording Studios before going on to build Crescent Moon studios for Emilio and Gloria Estefan, which he ran for six years. Since moving to Florida, his engineering and mixing projects have included recordings for Madonna, Ricky Martin, Jon Secada, Shakira, Frank Sinatra, and Arturo Sandoval, among others. He also works as a broadcast music mixer on the following telecasts: Billboard Music Awards, ACM Awards, various iHeartRadio shows, the Latin GRAMMY Awards® and the GRAMMY Awards, for which he has been awarded five Emmys for audio.


George J. Flanigen IV has served as a Chapter Governor, Chapter President, Trustee, and Chair of the Board of Trustees. He is a producer/director/co-owner of Deaton Flanigen Productions Inc., a full-service film and television production company. Flanigen directs and produces commercials, music videos, and network television specials. Clients include ABC Television, NBC Television, Sports Illustrated/Time Inc., Walt Disney Company, Chevrolet, Sony Music, and Universal Music Group. Flanigen is a four-time GRAMMY nominee in the Music Video Field. In addition to his Chair Emeritus services, he also serves on the Board of Trustees for The Latin Recording Academy®; and many philanthropic boards, including the GRAMMY Foundation® and the Mike Curb College of Entertainment & Music Business Board at Belmont University.