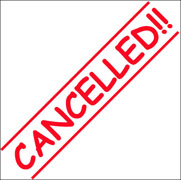 EVANSVILLE, IN (CelebrityAccess MediaWire) — Organizers for Thunderfest, a three-day riverside festival that had been set for Aug. 20-22, have pulled the plug on the event.

The festival was announced last month to replace the annual Thunder on the Ohio hydroplane speedboat race, which was also canceled. Organizers had said that the replacement festival was to feature a headliner act with local support bands, hot air balloons and a barbecue contest.

According to the Evansville Courier & Press, festival organizer Tom Sawyer cited trouble landing a headliner, telling the paper that the festival "couldn't come to terms" with an artist that would make for a "profitable show."

Festival organizers also noted that the race's traditional sponsors were not able to provide support to the event. – CelebrityAccess Staff Writers