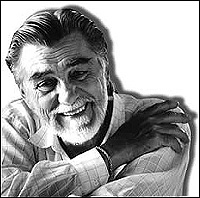 Dowd was considered a pioneer of eight-track and studio recordings. He joined Atlantic Records in late 1947 and worked there for more than 20 years. He was also a physicist and once worked on the Manhattan Project.

He received a Grammy in 1992 for Album Notes as a co-writer for Franklin's 'Queen of Soul – The Atlantic Recordings' album.

In last February's Grammy Magazine, Clapton wrote: "Tom gave so much time to me, teaching me to recognize my individuality, to value myself, yet at the same time pushing me forward, encouraging me to try new methods and techniques. I owe him more than I can ever repay."

Dowd is survived by his wife Cheryl, daughter Dana and two sons, Todd and Steven.