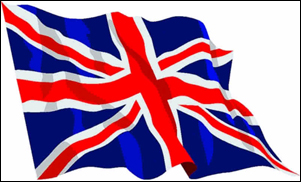 LONDON (Hypebot) – The British music industry seems obsessed with battling piracy, but the various armies in the fight aren't close to agreeing on the same attack plan.

The government is hoping that the music industry can figure things out before they have to enact new laws. The ISP's prefer to leave their paying customers alone. But the record labels demand three strikes and you’re off the net; while the most vocal group of artists suggests a softer throttling back of bandwidth.

Now Brian Message and Jon Webster of the UK Music Manager's Forum are taking yet another position – much easier licensing of services which offer unlimited downloads for a flat fee. Though void of any details of what to charge or how the money would trickle down to artists, the proposal does suggest yet another path forward for the music industry. Their public statement:

Much has been said in the media and behind closed doors over the past weeks, and we thought we should clarify our position arrived at by the Copyright Committee, and after consulting the membership. This is a very emotive issue as you will have seen it played out in the media. We believe that :

1. Creators should be paid when their music is downloaded or streamed.

2. The bigger problem is that of the failure to license new and innovative services rather than to sanction existing consumers. As such we agree with Lord Mandelson that “…it is essential that film, music and other content companies do more to build joint services with ISPs, such as the deal between Virgin Media and Universal Music to allow unlimited music downloads for a monthly fee…”

3. If the creative industries and the ISPs cannot come to voluntary licensing agreements and provide services that mimic illegal P2P then the Government should intervene and impose licensing solutions that could include statutory licensing in the same way that radio is licensed. There should also be more experimentation with licensed services (through the Technology Strategy Board) to further develop consumer friendly offerings.

4. The FAC is correct in asking for objective research into the music market to determine consumer attitudes and potential solutions.

To preserve industry unity we will not be abstaining from the UK Music submission to Government on illegal P2P file sharing which is of necessity relatively anodyne. It does allow for the possibility of temporary suspension as a last resort for persistent offenders who ignore 3 warning letters and 3 periods of bandwidth shaping although all these sanctions will be discussed further. It also mentions licensing which as we have seen from Government quotes is also a concern of ministers. We will be reinforcing the licensing issue in our own submission. As a result of this issue coming to the fore we will in future have regular meetings with rights holders and will be pushing the licensing agenda.