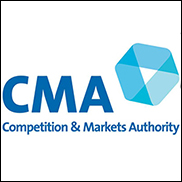 LONDON (CelebrityAccess) — British regulators raided the offices of two of the leading players in the UK secondary ticketing industry on Thursday as part of an investigation into suspected violations of consumer law.

According to the Guardian, Officials from the Competition and Markets Authority raided the offices of Viagogo and StubHub and were seeking information about the two companies' relationship with prominent ticket resellers who resell significant quantities of tickets through the two online marketplaces.

The raids were part of an investigation launched in 2016 about whether ticketing companies are providing consumers with enough information to make informed purchases, such as who the seller is and whether tickets for sale have undisclosed restrictions.

The investigation is also assessing whether ticket speculators benefit from "connections" at the resale companies in order to access primary market tickets ahead of fans, the Guardian said.

The Guardian reported that the raids followed an “information notice” sent to four secondary market resale sites — GetMeIn, StubHub, Seatwave, and Viagogo — requesting details of their relationships with ticket speculators. Sources familiar with the investigation told the Guardian that GetMeIn and Seatwave complied with the request, but the Swiss-based Viagogo and StubHub, which is owned by eBay, refused to comply.

A spokesperson for the CMA declined to comment to the Guardian on the raids.