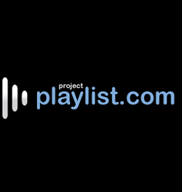 NEW YORK (Hypebot) –
Universal has dropped its lawsuit against Project Playlist clearing the way for the startup to offer music from three of the four major label groups. EMI and Sony had settled previously. "While it was unfortunate that legal action was necessary, we are pleased to have resolved this litigation in an amicable manner," Universal said in a statement. Terms of the settlement were not announced.

Music lovers had been flocking to Project Playlist (now Playlist.com), which grabs free music from around the web to create custom playlists, until the lawsuits started flying. During that time, then chief executive Owen Van Natta left to helm MySpace, lasting there only a few months. With increasing competition from a variety of online and mobile music services that each attack playlists from a different angle, it's unclear if Project Playlist will be able to grab fan attention a second time.