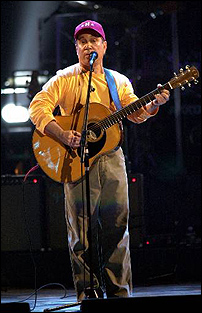 Through the new relationship between UMPG, one of the world's leading music publishing companies, and Paul Simon, one of the most popular songwriter/artists in rock history, the company will administer his extensive catalog and future works for the world ex-North America, and will also represent him worldwide for synchronization licensing for Motion Picture, TV, Advertising and other mediums. He was previously signed to Warner Chappell.

Paul Simon's publishing catalog of hundreds of songs from over four decades includes his Simon and Garfunkel works, such as the No.1 classics "Mrs. Robinson," and "Bridge Over Troubled Water," and "The Sound Of Silence," plus other chart topping hits "Scarborough Fair [Parsley, Sage, Rosemary and Thyme]," "Homeward Bound," "America," "The Boxer," "American Tune," "My Little Town," "Old Friends," and "I Am A Rock." His solo works include "Graceland," "50 Ways To Leave Your Lover," "Kodachrome," "Loves Me Like A Rock," "Still Crazy After All These Years," "Slip Slidin' Away," "One Trick Pony," "Late In The Evening," "Diamonds On The Soles Of Her Shoes," "Mother and Child Reunion," "Me And Julio Down By The Schoolyard," and "You Can Call Me Al," among many others.

Currently on the sell-out reunion tour of Simon and Garfunkel, Simon is signed to Warner Brothers Records and is working on his next solo album due for release in late 2004. In the last two years Simon has received several major accolades including induction into the 2001 Rock and Roll Hall of Fame for the second time and a Lifetime Achievement Grammy Award in 2002 for Simon and Garfunkel. Simon was also nominated in 2003 for both a Golden Globe and an Academy Award for best original song for "Father and Daughter." –Bob Grossweiner and Jane Cohen