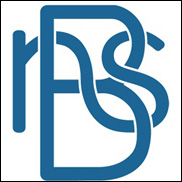 The acquisition provides UTA with a dominant market share in the broadcast news arena, as well as a significant foothold in unscripted television and packaging arena, through representation of the production companies behind shows such as "On the Case with Paula Zahn" (which just notched up its 100th episode on Investigation Discovery) and History Channel hit reality show 'Mountain Men. "

Bienstock, which will mark its 50th anniversary this year, is managed by one of its original members, Richard Leibner. He and his wife, Carole Cooper, who between them have represented many of the best-known names in news over the last half-century, including Dan Rather, Diane Sawyer and Ed Bradley, will remain co-presidents of Bienstock, which will maintain management autonomy.

The firm will continue to be called N. S. Bienstock, with the subtitle, "a UTA company." Mr. Leibner and Ms. Cooper, who are joined in the firm by their sons Adam and Jonathan, will report to Jay Sures, the managing director and head of television for UTA.

"We share the same strong belief in the clients-first approach with Richard, Carole and the entire N.S. Bienstock team, and we believe the complementary strengths and resources that UTA brings to the table will be a tremendous benefit to present and future N.S. Bienstock clients,” said Jay Sures. – Staff Writers