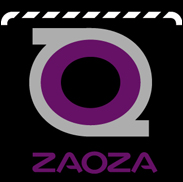 NEW YORK (Hypebot) – Universal Music's Vivendi has launched a subscription-based mobile content service called Zaoza that charges $4.50 a month for unlimited downloads including music, ringtones, games and videos. The service works with most cells and services except the iPhone. Content partners at launch include Sony BMG and several larger EU indies.

The site already has 100,000 beta users in France and launched in Germany and the U.K. will follow this year. In a departure from competitors, there is also a social networking component that allows users to share downloads with five friends.

Vivendi says that it is considering an expansion into the US. There Zaoza might find itself competing as a kind of cellular version of the Total Music concept being floated by Universal's own Doug Morris. Combine the two services and Vivendi Universal could change the game. But this can only happen if the world's largest music company can move the ball forward more rapidly then it has in the past.