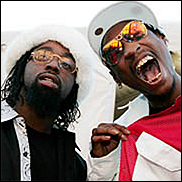 TOLEDO, OH (CelebrityAccess MediaWire) — A concert by hip-hop group The Ying Yang Twins scheduled for February 13th at Gator’z Bar & Grill in Toledo, Ohio, has been cancelled due to concerns about possible violence.

Mayor Carty Finkbeiner and police chief Mike Navarre told the Toledo Blade that they were concerned about potential disturbances to residents in the Bancroft Hills neighborhood, fearing that people who attended the concert would leave intoxicated and create problems.

The bar’s owners elected to cancel the event, according to the mayor’s office.

There have been several incidents of violence after Ying Yang Twins concerts in other cities, and there has been an increase in friction between permanent residents of the neighborhood and the nearby student population from the University of Toledo in recent times. –by CelebrityAccess Staff Writers