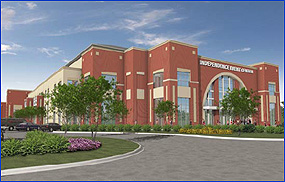 INDEPENDANCE, MO (CelebrityAccess MediaWire) — Global Entertainment has announced the appointment of Mike Young as the new General Manager of the Independence Events Center.

Prior to joining the staff at the Independence Events Center, Mike was Assistant General Manager for Kemper Arena and the American Royal Center (2007-2008). He managed day-to-day operations of all facility departments and staff for the 18,000 seat Kemper Arena, 6,000 seat Hale Arena and 300,000 square foot American Royal exhibition facility. He was the Director of Event Services at the Overland Park Convention Center (2006-2007). His responsibilities included management of the event services department, parking, customer service and event security.

Rick Kozuback of Global Entertainment Corporation says, "We are excited to have an individual with Mike’s credentials join our staff at the new Independence Event Center. His impressive resume and his involvement in the greater Kansas City market for the past ten years will make a tremendous impact in setting this wonderful facility up for success. We know that Mike will enjoy working with the great people of the city of Independence as we all have over the past two years." – CelebrityAccess Staff Writers