LOS ANGELES (CelebrityAccess) MSG Chairman James Dolan and Azoff MSG Entertainment’s Irving Azoff gave a presentation today on its MSG Sphere, specifically the one on its way in Las Vegas, in all of its wonky glory.

Madison Square Garden has announced it has the property and the know-how to build what it believes to be two (or more) of the most technologically advanced venues the world, in Vegas and London – actual globes that will use high definition LED screens to illuminate the entire interior and exterior of the buildings.  There have been presentations for this building but today’s was for “Hollywood,” and was well-attended by the Los Angeles contingency, from CAA’s Mitch Rose and Live Nation’s Rich Best to Mike “The Goon” McGinley and Bob Lefsetz.

The concept is nothing if not cool, and it’s probably not a stretch to use the term game-changing, but the conference focused on the technological details rather than the esoteric. The globe hearkens back to the days of the Buckminster Fuller geodesic dome, which can be modular and reconstructed to be as large or as small as necessary. At full size, the screen that surrounds the venue will be 170,000 square feet, an enormity that can only be compared with putting together about 100 Imax screens.

Dolan did reference old science fiction, not only using examples of how writers like Arthur C. Clarke envisioned the future in 2001: A Space Odyssey but Ray Bradbury’s short story “The Veldt,” a virtual reality nursery Bradbury dreamed up in the 1960s.

The Sphere would throw away traditional sound technology in the 18,000-seat building for the developing “Beam-forming” technology. Basically, for the past half-century, sound technicians have traditionally flown speakers above the stage. This technology, instead, would “beam” the sound in specific directions, and could actually “shoot”’ the sound down specific seating areas. In other words, one person on stage could give a presentation to one row in English while another person gave the presentation in Spanish to the people sitting right next to them.

As for bass, that comes from the floor, which will be a “haptic” floor so the audience can, you know, feel it in their feet.

If this all sounds a lot like Disneyland’s “California Adventures,” it is: MSG expects to allow four of the five senses to be involved in the experience, including touch and smell. Much like flying over a virtual orange field in Disneyland’s ride, a show/presentation at the Sphere can pipe in scents and even bring up the heat or cold to match what could be on the screen, be it the rainforest or the Antarctic. Yes, wind is possible.

The venue will also provide connectivity of 20 megabytes per second for every guest.

“Why? Because this way a guest can download (sic) videos and call their friends,” Dolan said. “But there is another reason.”

The world is on the verge of being introduced to a version of Augmented Reality, he said (“It’s not there yet, but it will be.”) The implication is that, as video is presented on the Sphere, 3D projections could emerge inside the actual space, either through augmented glasses or phones. For that matter, MSG wants to introduce the “HoloGuide,” a digital concierge for the venue that will help guests find their way around the facility.

Meanwhile, the Sphere will have an LED exterior.

“At first we thought we’d make it a giant tennis ball,” Dolan said, but realized that they could change it into the moon, or the Earth or – get this – make the venue virtually invisible as it imitated the surrounding skyline.

Vegas has plenty of venues, from the MGM Grand Garden Arena to the Colosseum at Caesars Palace to the T-Mobile Arena, which still has that new-car smell (not to mention its first dedicated eSports arena). Yet, the presentation stressed the Sphere would have unique programming or, at least, a unique way of presenting programming in the forms of virtual “shows,” concerts and presentations.

In other words, a “show” could very much be a virtual presentation of Hawaii or the hallway from the Outlook Hotel, accompanied by an orchestra. A presentation could be anything from a TED talk (or several at the same time) to a corporate presentation for a new line of cars.

And, as for concerts, Dolan used Sting as an example, who could use the venue as a virtual tour of the Amazon or even do a presentation on it in the middle of a performance.

As for programming those events, a spokesman said it could happen one of three ways: either the venue adds the programming, the touring artist’s production crew does it, or they collaborate. MSG expects the venue to be ideal for EDM events and for eSport championships. Madison Square Garden recently hosted two sold-out nights of a League of Legends battle royale where 18,000 watched five people battle five others for a video game trophy. However, with the increased bandwidth of the Sphere, the possibilities would be endless, as Dolan noted, with champions onstage battling audience members, or half of the audience battling the other half.

That being said, the venue does appear to gear itself more toward residencies than it would a single stop for a touring show that has already thought out its presentation, although both are obviously welcome. 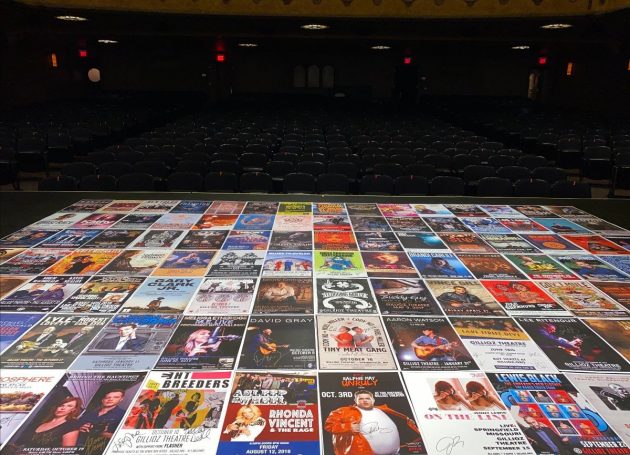