LOS ANGELES (CelebrityAccess) An attorney for the 80-year-old Oscar-winning actor Morgan Freeman is demanding CNN issue a retraction and apology for its report accusing Freeman of inappropriate behavior.

“CNN has inflicted serious injury on his reputation and career,” the letter states. “At a minimum, CNN immediately needs to issue a retraction and apologized to Mr. Freeman through the same channels, and with the same level of attention, that is used to unjustly attack him.”

The letter says the report has had devastating consequences for Freeman who is “being viewed in the global court of public opinion as someone akin to notorious harassers and accused rapists, such as Harvey Weinstein and Kevin Spacey … CNN had no justification for doing that.”

The letter claims those who work with the actor have been forced to distance themselves from him, according to Yahoo.

“The damage CNN has inflicted is real. And given Mr. Freeman’s career and many motion picture and television commitments, it is substantial.

“If CNN has any decency or any allegiance to journalistic integrity, it will immediate [sic] retract the article and issue a public apology to Mr. Freeman.”

CNN isn’t backing down however, providing the following statement to Yahoo:

“The unfounded accusations made by Mr. Freeman’s lawyer are disappointing and are difficult to reconcile with Mr. Freeman’s own public statements in the aftermath of the story,” the media outlet said. “CNN stands by its reporting and will respond forcefully to any attempt by Mr. Freeman or his representatives to intimidate us from covering this important public issue.”

To which Schwartz responded, “We presented CNN with objective evidence, including videotapes and on-the-record denials by the claimed ‘victims,’ that the alleged incident that gave rise to the story never happened.

“We proved to CNN, beyond any doubt, that the whole story was built on fakery.  The credibility of the entire CNN attack on Mr. Freeman has now been undermined. And in choosing to ignore all of the evidence that we presented, CNN has confirmed our concerns about its reporters, its lack of oversight, and its gross misconduct in unjustifiably attacking Mr. Freeman.”

Freeman was accused of sexual harassment and/or inappropriate behavior including “unwanted touching” by eight women, according the CNN report.  CNN also interviewed eight alleged witnesses who claimed to have seen a concerning pattern with Freeman on set or during promotional campaigns.

“Anyone who knows me or has worked with me knows I am not someone who would intentionally offend or knowingly make anyone feel uneasy,” Freeman originally stated to Yahoo Entertainment. “I apologize to anyone who felt uncomfortable or disrespected — that was never my intent.”

Freeman issued a second statement Friday: “I am devastated that 80 years of my life is at risk of being undermined, in the blink of an eye, by Thursday’s media reports,” he began. “All victims of assault and harassment deserve to be heard. And we need to listen to them. But it is not right to equate horrific incidents of sexual assault with misplaced compliments or humor.”

He continued, “I admit that I am someone who feels a need to try to make women — and men — feel appreciated and at ease around me. As part of that, I would often try to joke with and compliment women, in what I thought was a light-hearted and humorous way. Clearly I was not always coming across the way I intended. And that is why I apologized Thursday and will continue to apologize to anyone I might have upset, however unintentionally.

“But I also want to be clear: I did not create unsafe work environments,” he concluded. “I did not assault women. I did not offer employment or advancement in exchange for sex. Any suggestion that I did so is completely false.” 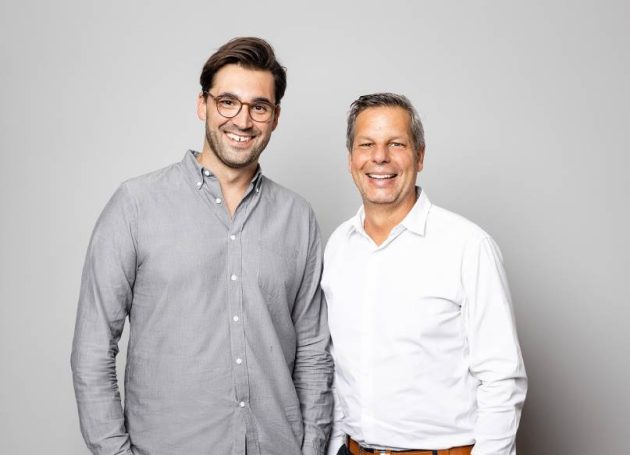