(Hypebot) — $9.1 billion was wiped off its market capitalization this week, after Netflix missed aggressive targets by analysts, despite solid earnings. As Spotify prepares for its quarterly earnings report next week, there are lessons for both investors and CEO Daniel Ek that can be learned from the fate of its fellow streamer.

On Monday, Netflix’s quarterly earnings missed targets, resulting in $9.1 billion being wiped off its market capitalization due to twitchy investors jumping ship. To be clear, Netflix had a strong quarter, continuing to grow strongly in both the US – a much more saturated market for video subscriptions than for music – and internationally. Netflix also registered a net operating profit. What it failed to do was meet the ambitious expectations it had set. The lessons for Spotify are clear. With Spotify’s Q2 earnings due later this month, it will be bracing itself for another potential drop in stock value if its performance is good but not good enough to keep ambitious investors happy.

Such is the life of a publicly traded tech company.

But perhaps the most telling part of Netflix’s stock performance was that the $9.1 billion of market cap it lost is more than a quarter of Spotify’s entire market cap ($33.3 billion on Tuesday). Netflix, of course, plays in a much bigger market than Spotify: the US video subscription market will be worth $17.3 billion in 2018—the same amount that the IFPI estimates the entire global recorded music business generated in 2017. But, the perspective is crucial. Lots of institutional investment has flowed into Spotify since it went public – and indeed prior to that, but music is a tiny part of those investors’ portfolio. Netflix’s loss in market cap shows that even the golden child of streaming does not deliver enough promise for many of those investors, but investors have plenty of other TV industry bets to make if they abandon Netflix. For music, institutional investors basically have Spotify or Vivendi. So, while Netflix struggling is a problem for Netflix, a struggling Spotify would be a problem for the entire recorded music business.

Netflix’s earnings also present some positive signs for the strength of Spotify’s business model compared to Netflix’s, such as its growing quarterly churn rate: around 8% in Q2 2018, up from 6% the prior quarter. This reflects what my colleague Tim Mulligan refers to as ‘savvy switchers’– video subscribers who churn in and out of services when there’s a new show to watch. This is a dynamic unique to video, created by the walled garden approach of exclusives. No such problem faces Spotify, for now at least, because all of its competitors have largely the same catalog.

Most relevant though, is Netflix’s content spend. One of the much-used arguments against Spotify in favor of Netflix is that Spotify has fixed content costs, hindering its ability to increase profits because costs will always scale with revenue. However, Spotify’s advantage is in fact that content costs are fixed, there is a cap on how much it will spend on rights. Netflix has no such safeguard, which means that the more competitive its marketplace gets, the more it has to spend on content.

This is why Netflix has had to take on successive amounts of debt – accruing to $9.7 billion since 2013. Servicing this debt cost Netflix $318.8 million for the 12 months to Q2 2018, one year earlier the cost was $181.4 million. For the 12 months to Q2 2018, Netflix’s streaming content liabilities were $10.8 billion, representing 80% of streaming revenues, which compares favorably with Spotify’s 78%. One year earlier, those liabilities for Netflix were $9.6 billion, representing a whopping 99% of streaming revenues. The reason Netflix can do this and generate a net margin is that it amortizes the costs of its originals (essentially offsetting some of its tax bills). For the 12 months to Q2 2018, Netflix amortized 64% of its content liabilities, one year earlier that share was 57%, reflecting originals being a larger share of content spend during 12 months to Q2 2018. The more originals Netflix makes, the more it can increase its margin. Which creates the intriguing dynamic of the US Treasury subsidizing Netflix’s business model. Welcome to the next generation of state-funded broadcaster!

Spotify spending billions on original content is some way off yet – assuming it engineers a way to do so without antagonising its label partners, but until then it can rest assured that while Netflix faces growing content costs, it has its exposure capped, allowing it to focus on growing its customer base and enhancing its product. The reaction to the forthcoming Q2 earnings will show us whether investors see it that way too. 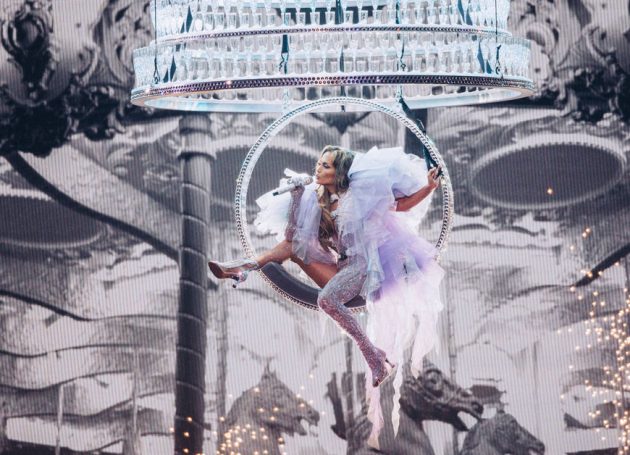