If you’d have asked me whether I wanted to go, I would have said no. But my friend Steve was in from New York, and he’s their longtime agent, and we were gonna have dinner before, so…

We went to Republique, the old Campanile space. Did you ever go there on Thursday for Grilled Cheese Night? Yup, a whole menu of grilled cheese sandwiches from ten to twenty bucks, definitely a memorable experience. Hell, we celebrated my father’s seventieth ten days before he died upstairs at Campanile, he could barely eat, but I remember it. And Steve e-mailed he was gonna be late, so I looked for a parking spot in the neighborhood. Unavailable. I found a lot, where you paid by meter, but as I got out an obvious concertgoer leaned from his car and asked me if I’d ever parked there before. I said only during the daytime. Then he pointed to the sign that said no parking after nine unless you had a permit? Huh? Who does this work for? I mean if I live in the neighborhood I want to park before nine… And eventually I found a spot on a side street where the meter would end before free parking began. I’m always anxious about this, I hate trying to beat the odds, but I left it there. Oh, I could have gone back and parked at Republique, where I was just about to pay before I got Steve’s message about being late, but that’s when I realized the restaurant and the venue were within walking distance, did I want to pay twice? No. But then as we stood outside the venue, waiting for our tickets, I asked myself, can you walk seven blocks at eleven o’clock at Wilshire and La Brea? And it ended up being twelve-thirty and no one tampered with my car but I wouldn’t want to die for thirty five bucks, what it would have cost me to park twice. The dilemmas of living in Los Angeles, where there are more cars than spaces but you have to drive everywhere. Oh, you could Uber but I don’t drink and it would be more than parking and…

The Dover Sole was INCREDIBLE! I just figured I’d get fish because I didn’t want to be bloated at the gig, but I didn’t expect it to be filleted at the table and to have an exquisite taste and I ate it as we continued to talk…

About the old days. That’s what we baby boomers do, talk about the gigs and the players and in this case Andy Slater’s movie about Laurel Canyon, premiering at the L.A. Film Festival. Which led to stories about Brian Wilson, because APA is his agent, and then Andy told the story of becoming friendly with Hot Tuna. I’m loath to tell it, but otherwise I don’t know if you’d ever hear it, he tells it so much better. But in short, he got friendly with Vinny the roadie when he was in college in Atlanta and he and a buddy helped Vinny schlepp the equipment. And then asked Vinny whether they could do the same at the Palladium the following week, which was a seventeen hour drive, and after Vinny said yes they got a drive-away car and Andy didn’t tell his parents he was home and ultimately Andy went to Paragon Sports to make a Hot Tuna satin jacket. He sent one to Jorma and…

Now Hot Tuna is not the mainstream music business. For a while, back in ’72, it was close, Jorma and Jack were still riding high from the Airplane, but today does anybody know that Hot Tuna exists?

Most of the crowd were antiques. Longhairs. Not cleaned-up for the office. Although there were a few youngsters there.

And did I tell you it was SOLD OUT??

Every night in Los Angeles acts with records on the hit parade play big rooms where people sing along to the manufactured show. That’s what they think live music is all about. But Hot Tuna live was not a show, but a concert. And there’s a difference.

So we went back to the dressing room and I was stunned how tiny and thin Jack Casady was. Jorma was big and burly like a lumberjack, and Jorma was thrilled the gig was sold out, L.A. is not one of their strongest markets and both men were very friendly but we had to leave because they were about to go on. Oh, did I tell you we had to walk across the stage to get to the dressing room? I was embarrassed, I thought there would be catcalls, but nobody said a thing. The difference between stage and audience was close to nonexistent, you see at a Hot Tuna show, everybody’s in it all together.

And then Jack and Jorma hit the stage, along with a drummer, and you start thinking, how old are these guys?

So you pull up Wikipedia to find out Jack is seventy four and Jorma’s about to be seventy eight! And it’s then that you realize, this is no different from students in the sixties excavating old blues artists to play on their college campus.

And that’s what they were playing, the blues, but Jorma was WAILING!

Now this is mindblower. Because of his age. Because it’s no longer about guitar heroes. Because you think that records can be manufactured, but this was positively real.

And that’s when I realized it was like the Fillmore.

And those days are long gone.

Of course, you wanted to see your favorites, but sometimes you went no matter who was on stage, for the atmosphere, for the experience.

This is different from waiting for the hit and taking selfies, you’re going to marinate in the music, to be taken away, to let your mind drift. This is the true Grateful Dead experience! That’s right, before it got out of control in the mid-seventies, before it became ridiculous in the eighties, you went to a Dead show and they played for four hours, most of it noodling and experimentation, trying to find the essence. You hung, and not on every note. Sure, there were moments of climax, especially during the final hour, but really it was a communal experience that was the other, away from the mainstream. That’s right, before the Airplane and the Dead were popular, they were nobodies. This is not teenage rappers going from zero to hero on their first record, prepubescent pop stars singing canned music for their peers. No, you had to be in the know, and if you were, you were way ahead of the scene. Now you’re way behind the scene, but the scene is so vapid that a gig like this is a revelation.

And despite not ending until long after midnight, no one left.

There was a break in the middle.

And in the second set, the band came alive. It’s subtle, and so different from playing to hard drive. Suddenly, everything clicked, Steve Kimock was in on the action, and your ear pricked up, you could tell the difference, the extended version of “Good Shepherd” was the highlight, you didn’t want it to end.

And it’s not ending for Jorma and Jack. They’re musicians, they’re gonna play till they drop.

And the Airplane’s money was held up by manager Matthew Katz.

In other words, these are not rich rock stars living on past income, Jorma and Jack are in their heyday now, working for a living.

It was so strange, you could walk near the stage and feel like you were bonding with the act. Or go back and have a conversation and feel the music soothing you. It was a night out. Sure, there was merch, but no over-expensive food and drink, this was positively in the past, when it came to ethos anyway.

Now the jam band fans are aware of Hot Tuna, they play Peter Shapiro’s Capitol Theatre, then again, jam band music peaked fifteen years ago, it had a good run, but Blues Traveler ain’t gonna be on the hit parade again any time soon. Tedeschi Trucks does good business, but if you don’t know, you don’t know. Which is so different from the era when Jack and Jorma were kings. When fans knew the entire music scene, what was out there, and a hit could come from left field.

So should you go?

I’d say young people should especially. To see the POSSIBILITIES! Full room of groovers, with no parents in the quiet room waiting to take their kiddies home. This was not big business, it was THE BUSINESS!

But it doesn’t matter to Jack and Jorma whether you come or not, they’ll still perform, they’ll still do their act. Playing for hours to get it right. Septuagenarian Jack even started to jump in the middle of the second set. Not exactly like Eddie Van Halen used to, but Eddie had a hip replacement and Eddie is younger yet you’re listening to Jorma and thinking of Eddie. Eddie is glorified as the king, along with Clapton and a few other pickers, but the truth is there are more than that, and each person has their own style. It was not cookie-cutter, it was different.

And it was different last night.

VenuWorks Announces The Promotion Of Tom Richter To Regional VP 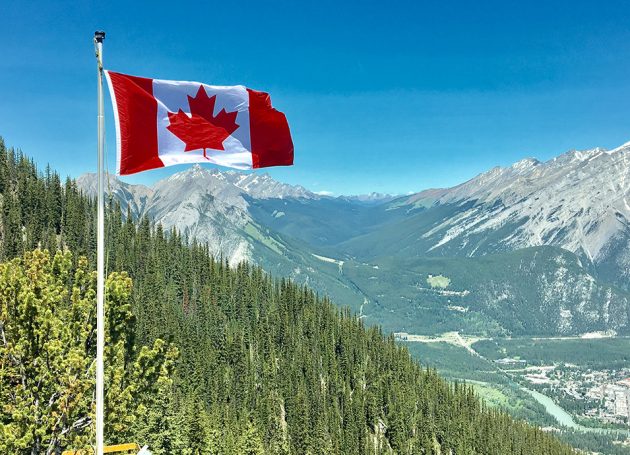