(CelebrityAccess) – Greta Van Fleet have today (Feb. 22) announced that they will be postponing their upcoming European tour, which was scheduled to kick off tonight and run through March 17.

The announcement was made via the band’s social media, and follows the recent postponement of their Australian tour earlier this month due to frontman Josh Kiszka’s continued struggle to recover from an upper respiratory infection.

A statement posted to the band’s Facebook page read: “We have some sincerely unfortunate news regarding our upcoming shows February 22 – March 17 and must announce a complete reschedule to this Fall. A year and a half of constant touring has been both invigorating and exhausting.

“Josh currently has a relentless upper respiratory infection that has not yet had the chance to heal. His doctor has required extended rest as the only path to full recovery. It now feels necessary for the entire band to re-calibrate our balance, both physically and mentally.”

The band went on to explain that “rather than exacerbate things further,” they have made this decision to reschedule the dates in order to give their fans “the full Greta Van Fleet experience” when they meet again.

All tickets for the European dates are transferable, however, refunds are also being made available to those who cannot attend the rescheduled dates at the point of purchase.

The band’s Australian and New Zealand shows have been rescheduled for September.

Earlier this month Greta Van Fleet won the Grammy for Best Rock Album for their EP From The Fires. 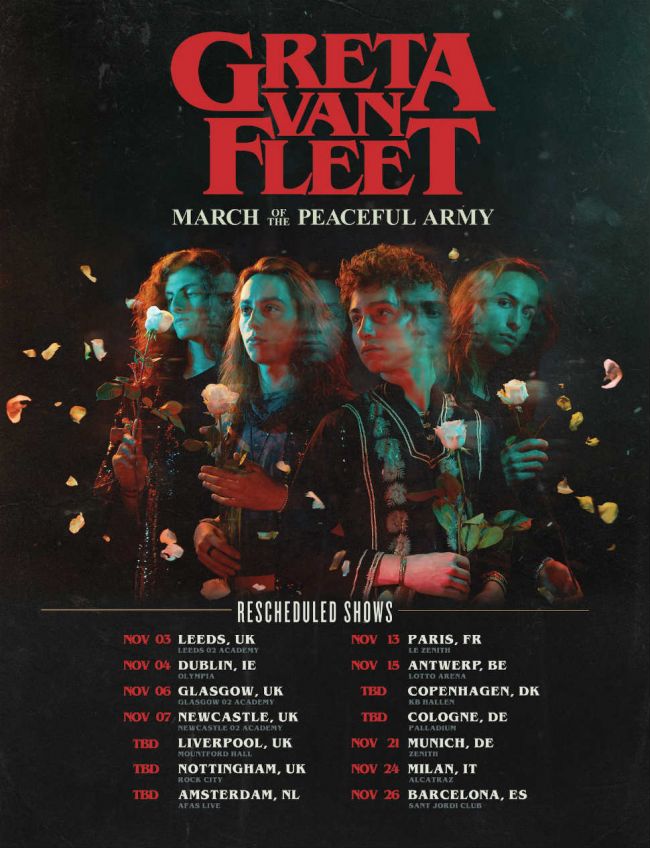