LOS ANGELES (CelebrityAccess) Madonna has a new video that, like the old days, is stirring controversy but not in the same way.

The Material Girl has released a track called “God Control” and the accompanying video includes a depiction of a mass shooting in a nightclub that is apparently so similar to the occurrence inside the Pulse nightclub in Florida that one survivor says it is traumatic to watch and is “grossly accurate.”

In 2016, a shooter walked into the gay nightclub and shot 49 people and wounded 53 more, then killed himself after a three-hour standoff with police. Patience Carter, a survivor, told TMZ the video for “God Control” should have a stronger disclaimer than the “mild” one at the beginning because it could put survivors back into a dark place.

“God Control” is about gun control and includes 32 seconds of showing people being gunned down at a nightclub.

“If Madonna’s goal was to draw visceral reactions … it’s a guarantee shell get ’em,” TMZ said.

The video, available here, includes the scene at 2 minutes, 38 seconds.

This disclaimer reads,  “The story you’re about to see is very disturbing. But it’s happening everywhere and it has to stop.”

There has been no comment yet from Madonna’s camp about Carter’s concerns. 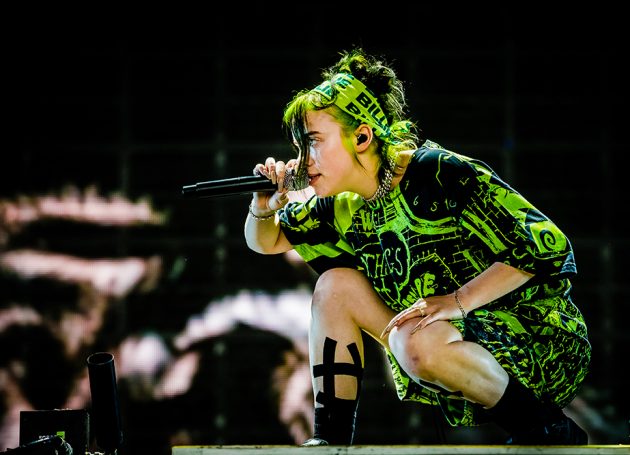 Billie Eilish Cancels Her When We All Fall Asleep, Where Do We Go Tour