“We have rung the alarm bell loud and clear,” Tedros said during a news briefing on Wednesday. “We cannot say this loudly enough, or clearly enough, or often enough: All countries can still change the course of this pandemic.”

The statement from the WHO comes as the death toll in the U.S. rises to 31, with at least 1,000 confirmed cases and likely many more as widespread testing becomes available.

On Wednesday, Jay Inslee, the governor of the state of Washington, announced a ban on all events in King, Snohomish, and Pierce counties with more than 250 people have been banned by the state until at least the end of March.

“This is an unprecedented public health situation and we can’t wait until we’re in the middle of it to slow it down,” Inslee said during a press conference on Wednesday. “We’ve got to get ahead of the curve. One main defense is to reduce the interaction of people in our lives.”

Washington was one of the first states to see a confirmed case of COVID-19 and the state currently has at least 260 confirmed cases and 24 confirmed deaths.

“This order applies to gatherings for social, spiritual and recreational activities,” Inslee added. “These include but are not limited to: community, civic, public, leisure, faith-based, or sporting events; parades; concerts; festivals; conventions; fundraisers and similar activities.”

Similar measures were implemented in San Francisco by Mayor London Breed, who announced that all public gatherings of more than 1,000 people have been placed on hold.

“We know that this Order is disruptive, but it is an important step to support public health,” Breed said in a statement.

“This order mirrors actions being taken by other local governments and is informed by the Centers for Disease Control and Prevention guidelines. We know canceling these events is a challenge for everyone and we’ve been talking with venues and event organizers about the need to protect public health.”

California’s Santa Clara County, which has also seen at least one death from COVID-19, has also implemented a mandatory ban on public gatherings of more than 1,000 people for at least the next three weeks.

The ban will affect San Jose Sharks games as well as other events planned for the SAP Center.

Mass public gatherings are being discouraged on the East Coast as well, with the Washington D.C. Department of Health on Wednesday recommending that public events of more than 1,000 people be postponed or canceled through March 31st.

While the guidance from the Health Department is currently framed as a recommendation and not a mandatory ban, some venues in the market have begun to respond. On Wednesday, I.M.P. announced that all concerts at the 9:30 Club, Lincoln Theatre and The Anthem, as well as shows 9:30 Club Presents at U Street Music Hall will be postponed.

“The health of our employees, patrons, community, and artists is paramount. We’re hoping everyone takes the precautions health experts have been sharing. We look forward to seeing everyone in April and beyond,” a statement from IMP said.

Other cancellations or event alterations on Wednesday included the NCAA who announced that all upcoming championship events, including the Division I men’s and women’s basketball tournaments, will be held with only essential staff and limited family in attendance because of coronavirus fears.

Organizers for the Electronic Entertainment Expo, the premier video game and technology event in the U.S., has also been canceled for 2020.

“After careful consultation with our member companies regarding the health and safety of everyone in our industry—our fans, our employees, our exhibitors, and our longtime E3 partners—we have made the difficult decision to cancel E3 2020, scheduled for June 9-11 in Los Angeles,” the ESA statement reads. “Following increased and overwhelming concerns about the COVID-19 virus, we felt this was the best way to proceed during such an unprecedented global situation. We are very disappointed that we are unable to hold this event for our fans and supporters.  But we know it’s the right decision based on the information we have today. Our team will be reaching out directly to exhibitors and attendees with information about providing full refunds.”

Tom Hanks and his wife, who are both in Australia, announced via social media on Tuesday that they have tested positive for COVID-19. 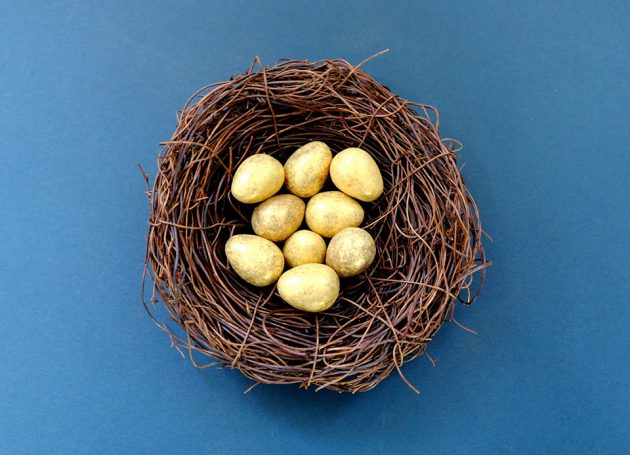 Songs Are Like Golden Eggs, But Who Has An Eye On The Goose?