From: Donald Little
Re: Why BOOMERS Hate POP Music

I know you get hundreds of replies so I’ll keep this brief. I’m a guitarist who has played professionally for about 20yrs here in the UK. I was the guitarist for Paolo Nutini for many years. This track (recorded live) was a massive hit here in the UK. It’s had 55m views to date. I think you might like it. https://youtu.be/ELKbtFljucQ

So I clicked the link and played it. In the background. On the other screen. And then, about two-thirds through my brain woke up, I stopped reading my e-mail to watch. Whoa, this is good, this is what we used to call music, R&B with a heart, with a rhythm that locks into your body waves, that has you leaning back and forth in time and, and, when it was all over I had to hear it again.

Then I went to Wikipedia. “Iron Sky” didn’t make it in the U.S. And Paolo Nutini hasn’t put out an album since 2014.

So I went to Amazon Music HD and played the top tracks, this is music that had to be heard in full fidelity.

And of course all the buzz was about 2006’s “These Streets,” that’s when Nutini’s arrival made waves on both sides of the pond. But “Iron Sky” is on the latest LP, 2014’s “Caustic Love,” and although I was enamored of the top tracks, “Caustic Love” knocked my socks off, from the opening track, “Scream (Funk My Life Up).” The greats can immediately grab you, and wasn’t that the Stones’s trick, to hit you between the eyes from the very start?

But that didn’t turn out to be my favorite track. Nor was the aforementioned “Iron Sky.” Rather, I was enamored of the “Mama Told Me Not To Come” groove of “Numpty,” a cut that was not made for Top Forty, not even the Spotify Top 50, but takes you to away on a flight into the stratosphere and makes you feel better than all that dreck.

But even better was “Diana.” And “Cherry Blossom.” Both nearly at the end of this thirteen track album.

And none of these three tracks have their own Wikipedia page. They’re hiding in plain sight. They were not hammered over the heads of the masses, you had to own the album to be aware of them, to uncover these jewels.

Now wait a second. This reminds me of the seventies. When you’d buy an album, maybe based on a track you heard on the radio, maybe on a review, and you dropped the needle and went on an adventure. Two or three tracks would jump out at you on the first play, and they’d make you play the whole thing all over again and then the rest of the album would start to make sense and as you continued to play it other cuts emerged from the morass, you got to the point where this was your favorite LP, what everybody else thought, what was on the radio was irrelevant. And when the act came to town, usually to play a club or theatre, you’d go, and tell everybody you’d been there from the beginning when they hit arenas.

This can’t happen in the U.S., only in the U.K. In the U.S. there are very specific verticals, very specific tribes, and you don’t cross genres. Sure, a country act might rap, but adult alternative ones don’t suddenly put out a hip-hop track, and one thing’s definitely for sure, the big business focuses on what is already selling, streaming, the Spotify Top 50 and hit radio, and if you don’t fall into one of these lanes it’s just too hard to break though, no one wants to put in the time and effort and money to push you into superstardom, even though Adele is so big, she’s seen as an outlier.

So, I’ve been playing “Caustic Love” for days. Sure, sure, it’s six years old, but welcome to the modern world where no one can know everything and what’s old can be new to so many people. I’ve been dying to write about “Caustic Love” but I didn’t know where to start, whether to be general or dig deep into each track, whether to do a post for each track, and then I heard Chris Stapleton’s “Cold.”

Although low key, you get it just like you get “Scream (Funk My Life Up).”

Actually, you’ve got to commit. This is not a hellzapoppin’ race of a track made for TikTok. It starts off slow, you don’t really get hooked until almost thirty seconds in. There’s nothing magical about the piano intro, it’s more than serviceable, that is until you’ve heard the whole track and go back to it, but then the drums solo, setting the beat and then those high piano notes sear your brain, telling you this is important, this is about pain, this is about human emotions, this is about human life.

And then Chris starts to sing.

This ain’t no TV competition show, Chris Stapleton can both sing and WRITE! He’s not trying to impress the judges, just himself, he believes if he gets it right it will resonate, and even if it doesn’t he’s been doing this so long that he knows he’ll survive.

And Stapleton is seen as a country artist. But this ain’t country, unless you retreat to the sixties and Muscle Shoals, this kind of stuff worked back then, before country music became a retread of the rock music of the seventies, in the twenty first century.

And “Cold” is anathema to radio. Slow and long. But it’ a burner. It’s the kind of music the audience actually wants to hear, when selling advertising isn’t the primary component, when it’s purely about what comes out of the speakers and goes into your ears.

And the track starts to build, the strings come in and then the solo guitar…this sounds similar to something Jerry Wexler or Tom Dowd might have cut in their heyday, something that Ahmet would understand, back when music was a calling about the sound as opposed to the money.

These extended blues tracks were a part of the landscape in the late sixties, they were embedded in all those LPs that built album rock, when it was about albums as opposed to hits, when you didn’t even lead with the single, when if you got enough traction with a track the label might cross it over.

Not that “Cold” is a giant leap forward. But it is a giant leap back. To the past. When you didn’t have to add computer sounds, computer drums to dense up the sound, when air allowed not only the track to breathe, but your mind. “Cold” is analog in a digital world.

Maybe you know all this, maybe I’m late to the party, but I’m not even sure I want to be a member of the club. I want to be an individual, that’s the essence of the listening experience, alone, not smiling at your brethren, shooting selfies, but letting your mind go free, closing your eyes and reveling in the music, and only the music, it demands your attention, anything else will infringe upon the experience. 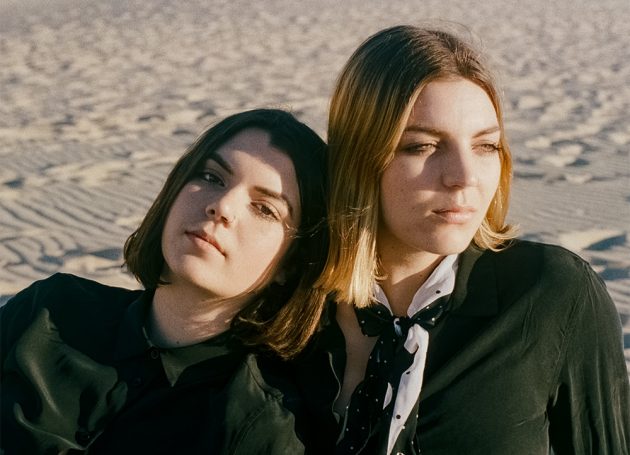 Next Exit Festival To Debut In Australia In 2021