(Hypebot) — In this edition of the ‘Themes and Variation,’ a three-headed panel of music experts break down some of the now classic pop anthems which forever changed the course of pop music.

But they aren’t the only pop tunes in history to burst open the flood gates — which begs the question… how do tracks change history? Should elements of a song’s composition defy musical convention? Should a song incorporate new technology in ways listeners could’ve never expected? Could it be that the song just nailed a high-water mark of artistic independence and creative empowerment that speaks to bajillions of listeners?

In our latest episode of our podcast, “Themes and Variation,” our three-headed panel discusses some examples of how Taylor Swift, T-Pain, and Radiohead have contributed to the world of pop music by blasting open the realms of possibility, and boy oh boy do we jump right down into some serious rabbit holes! (Not to mention, the requisite Fraser reference.)

I’m joined by the host of the best pop music analysis podcast money doesn’t have to buy, Vox’s Switched on Pop’s Charlie Harding, a musician and music lover with an astounding grasp on the ins and outs of popular songwriting (he quite literally wrote the book on it not too long ago). And I’m also joined by my wonderful co-producer and frequent fireside companion, the ever-insightful, Mahea Lee.

You can listen to “Themes and Variation” Episode 8 in its entirety right here in the player above, or click over to Apple Podcasts, Spotify, Stitcher, or anywhere else you get your podcasts to subscribe and download. *Bonus points if you want to hit us with a five star rating on Apple!

Want to dig a bit deeper? Check out the companion course on Soundfly.

If you’re enjoying this episode, and you’d like to learn more about some of the musical topics we touched on, go ahead and visit Soundfly’s free companion course for songwriting prompts and additional resources. From scale modes to melody-writing and even audio production tips and tricks, we’ve curated some extra resources for listeners who want to go the extra creative mile and put stuff from the episode into action.

Mahea: I think one of the ways that people make the time signature 5 work like this, is to really make it clear where your stresses are falling. You can always find the end of the bar dropping into the next one, even if you feel a little lost. Give people something they can find, you know, it’s almost like that downbeat is your North Star.

2. Charlie lays down a definitive definition of “pop” music.

Charlie: Pop is the intersection of three circles so we have a ya know a three point Venn diagram and it’s basically, pop can be a genre and what I mean by that is it’s the popular genre of the moment. Around 2010 it would have been like a Katy Perry, Carly Rae Jepsen, bubble-gummy pop. 2015, it would have been much more EDM-oriented pop. Pop is an ever-changing genre on the one hand. Pop is also just, what is popular on the Billboard by overall metrics. And then finally, I think pop for me most of all is really just what’s in the popular zeitgeist. So pop could and should include things that are almost like folk music. Things like, “Take Me Out to the Ball Game,” “Happy Birthday,” the Apple iPhone ring. Things that are music that are all in our collective consciousness.

3.  T-Pain taught Kanye how to use auto-tune.

Carter: Kanye, using a very polished version, which T-Pain says he hates the way he uses auto-tune actually. So T-Pain records with it on while he’s singing and Kanye will do it in post-production. I didn’t know this about this record but T-Pain was brought in by Kanye to coach him (on) how to use auto-tune. He had used it on background vocals earlier but never on a lead vocal and then you hear so many tacks on 808s that are just like super dialled and lush.

Just like we do every time we launch an episode, we’ve created a collaborative Spotify playlist in order to share every song talked about and mentioned in this episode, and explore many others that fit the topic. And we need your help!

Feel free to add your favorite songs that changed pop forever to the playlist below.

Note: Please don’t just add your own songs that don’t match the theme. While we love hearing your music, this is not a playlist for self-promotions, and we will remove them.

We’ll see you in two weeks with a new theme, new guests, and some new songs to break down. If you have any comments, questions, or theme suggestions, drops us a line at podcast@soundfly.com!

Carter Lee is a bassist/educator/producer. He is originally from Edmonton, Canada and now resides in Brooklyn, NY. In addition to leading the hip-hop group, Tiger Speak, Lee is the music director for the bands of both Shea Rose and Moruf. He is also a sideman for countless other artists. Carter brings his wealth of experience in many different musical situations to the Soundfly team and is eager to help any musician who is hoping to better their band. Check out his course Building a Better Band on Soundfly today! 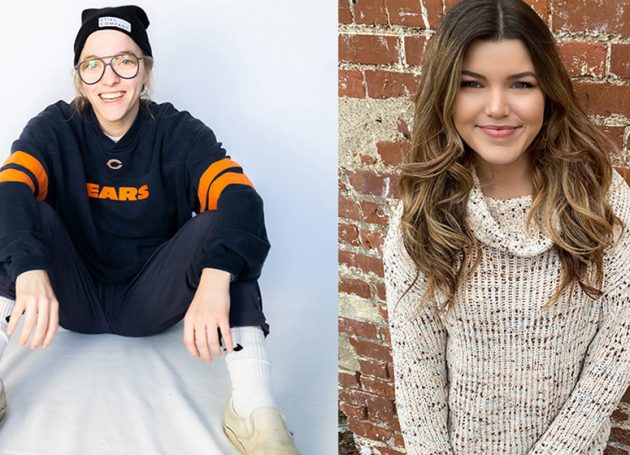