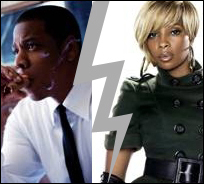 LOS ANGELES, CA (CelebrityAccess MediaWire) — With over 70 million combined albums sold worldwide and 12 Grammy wins together, Mary J. Blige and JAY-Z have announced that they will embark on a 25-date North American co-headlining tour. The “Mary J. Blige & JAY-Z: Heart of the City” tour marks the first time in more than 15 years that an African American male/female bill of this stature have co-headlined a national concert tour.

The Live Nation and Haymon Events produced tour kicks off on March 22nd at Miami’s American Airlines Arena and will hit major markets along the eastern seaboard as well as New Orleans, Houston, Las Vegas and Oakland. The “Mary J. Blige and JAY-Z: Heart of the City” tour will also make a special stop at L.A.’s Hollywood Bowl on April 16th. More dates will be announced in the coming weeks.

The "Mary J. Blige & JAY–Z: Heart of the City" tour is the pinnacle of Mary and Jay’s long-time collaboration which began in 1996 with the classic "Can't Knock The Hustle.” The multi-Grammy award winning powerhouses are two of the most successful artists of our time whose influence stretch far beyond any musical borders.