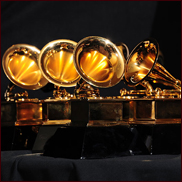 LAS VEGAS (AP) — This is a great year to be a Grammy Awards prognosticator.

There's been a lot of excellent music, but there are clear favorites as The Recording Academy prepares to unveil nominees Friday (a handful will be unveiled during a CBS special and the rest announced after it airs). The trends are pretty easy to define:

HOMECOMING DANCE: Remember how it felt in high school when you just knew who would be elected homecoming king and queen long before the big dance? The Grammy nominations have that feel with Taylor Swift and Justin Timberlake a virtual lock to be two of the night's most popular picks, and probably top nominees. Swift's "Red" has sold 6 million copies, and though it came out in November 2012, it's had staying power right on through the late 2013 awards season. And while fan fervor diminished a bit as Timberlake released the second installment of "The 20/20 Experience," there's no question it will remain in the forefront in voters' thoughts Friday.

BREAKOUT STAR: We offer up Lorde as this year's other likely multiple nominee. The 17-year-old from New Zealand stood in stark opposition to the swag-flavored atmosphere of this year's singles market, offering up "Royals." The song is a catchy refutation of popular culture that became something of an anthem for the dispossessed. Grammy voters love precocious teens and smart pop songs. Mix those things together and you've got Lorde.

UNLIKELY RAP STARS: Seattle-based Macklemore & Ryan Lewis have been the rap sensations of the pop world this year with hits like the quirky "Thrift Shop" and the same-sex acceptance song "Same Love." They are strong contenders for record and song of the year, but will they dominate in rap categories along names like Drake and Kendrick Lamar?

THE SINGLES: Two of the contenders for record and song of the year share a common denominator: Pharrell Williams. He helped Robin Thicke make "Blurred Lines" an inescapable part of 2013 and took a starring turn on Daft Punk's mind candy "Get Lucky." Will he end up competing against himself if both are nominated for song or record of the year?

THE NEWCOMERS: Besides Lorde, Florida Georgia Line are strong contenders to be nominated for best new artist thanks to the success of "Cruise," with Nelly. There could be two rap contenders: Macklemore & Ryan Lewis and Kendrick Lamar, the platinum-selling critical darling of the rap world. Other potential names that could make it on the list include Imagine Dragons, Haim, Kacey Musgraves and big-voiced teen Ariana Grande.