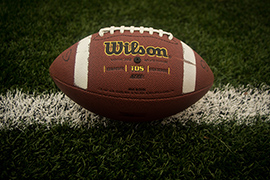 NEW YORK (CelebrityAccess) — Even as the long-established National Football League faces challenges from multiple fronts, including the increasing focus on player injuries and falling television ratings, hope springs eternal in the sporting world.

According to the New York Times, the venture has the backing of several Silicon Valley firms that will allow the new league’s eight teams to start playing a week after the Super Bowl in 2019.

The new league will focus on brevity, aiming to get games that normally take more than 3 hours to play in the NFL down to just two and a half hours. To accomplish this, the league will dispense with NFL fixtures, such as kickoffs and extra points, and will shave 15 seconds off of the NFL’s 45-second play clock, the New York Times reported.

Ebersol told the Times that the league would also retain ownership of the teams, thereby reducing the likelihood of teams being sold, or for infighting among team owners.

“This is not a development league,” Ebersol told the New York Times. “There are tens of thousands of players who don’t have a job, which translates into hundreds of Kurt Warners.” Kurt Warner, formerly the Super Bowl-winning quarterback of the (then) St. Louis Rams, toiled for years in the arena football league before being picked up by an NFL team.

The new football venture’s partners include broadcaster CBS, who have agreed to carry at least a few of the league’s games on its main channel, with other games on its cable outlet. As well, the league plans to launch a mobile app that will allow fans to stream games to capable devices and will include a fantasy football platform, the Times said.