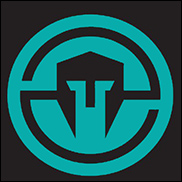 LOS ANGELES (CelebrityAccess) — Entertainment giant AEG is expanding its footprint in the world of electronic sports with an investment in Immortals, a successful and globally competitive esports franchise.

As part of the investment, Immortals will host their Los Angeles-based tournaments and events at AEG’s flagship Los Angeles sports and entertainment district, L.A. Live.

The investment in Immortals expands AEG's focus on the developing sector after AEG formed a partnership with ESL, a major player in e-sports production. The deal provides ESL with access to AEG’s global network of more than 120 clubs, theaters, arenas, and stadiums for qualifying events, tournaments, and world championships.

Since it was founded in 2015, Immortals has built a reputation as one of e-sports’ most active brands and sponsors teams that compete in games such as Counter-Strike: Global Offensive, League of Legends, Overwatch and Super Smash Brothers.

“AEG prides itself on being a forward-thinking, innovative company and is committed to leading the way as the industry evolves,” said Dan Beckerman, President, and CEO of AEG. “Expanding our interests in esports is a natural progression as we continue to invest in growth initiatives that further our leadership in sports and live entertainment. L.A. LIVE offers state-of-the-art venues, production facilities, and an unparalleled fan experience, and we have ambitious plans for the campus to become the epicenter of esports in Los Angeles. Through our partnership with Immortals, we are looking forward to exploring a variety of collaborative opportunities to further broaden the global appeal of esports.”