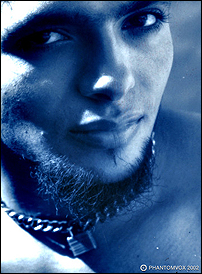 (CelebrityAccess News Service) – AEG LIVE and songwriter/producer/performer Robi Draco Rosa have entered into a unique, innovative relationship calling for the live entertainment division of Los Angeles-based AEG to exclusively represent the Columbia Records artist as his promoter in the United States and Latin America. The arrangement is a return to the manner in which record companies used to launch artists at early stages of promising careers while providing promoters the opportunity to fill the pipeline of new artists ready to embark on regional and national tours.

The comprehensive multi-year, multi-album agreement will provide significant live performance support for Rosa over a period of time when two albums are scheduled for release beginning with Mad Love on March 30.

"As a live entertainment company, AEG can no longer sit back and wait for the record industry to feed it the headliners of tomorrow,” said Randy Phillips, president and CEO of AEG LIVE. “We need to become the industry's trusted partner in breaking new talent like Robi Draco Rosa. This will be the first of many such deals as we embark on this new business model. Ultimately we need to help the artists and the recording industry to help ourselves."

“The philosophy at Phantom Vox begins with our belief in the artists and their long-term success," said Ricardo Cordero of Phantom Vox Corp., Rosa's management company. " We encourage artists to develop their craft. Robi Draco Rosa is a multi-faceted talented renaissance artist and entrepreneur."

"The Industry is changing by the minute," added Cordero. "Today, you have to find alternative routes to work with the record label to achieve the objectives. AEG is a company that not only promotes the artist but also has the vision to identify genuine talent such as Robi Draco Rosa. The new business model we have created is definitely an advantage for the team; the artist, record label, management, and agents to have all the necessary tools to launch a worldwide career."

In addition to performing booking, production and promotional services for all live concerts, including recent dates at The El Rey Theater in Los Angeles (February 18-19) and upcoming at The Supper Club in New York (February 24-25), AEG LIVE will also participate financially in all elements relating to live performances including CD and DVD recordings, television specials, merchandise and sponsorship. The company also receives the right to explore other ancillary rights on Rosa’s behalf.

"Having been a personal manager of superstar talent like Rod Stewart, Prince,
Guns N' Roses, and Toni Braxton in my previous life and now the head of a company that has promoted tours by the Eagles, Fleetwood Mac, Dixie Chicks, Justin Timberlake & Christine Aguilera, Paul McCartney, and the spectacle featuring Celine Dion at Caesar's Colosseum, I get this awesome feeling when I spot a great talent,” Phillips added. “This is how I felt from the minute I met Robi Rosa, watched his videos, and listened to his new album.""

“Phantom Vox wants to thank Randy Phillips, Debra Rathwell and Susan Rosenbluth for their outstanding commitment and their courage to take the risk and push the envelope to go beyond the horizon,” concluded Cordero.