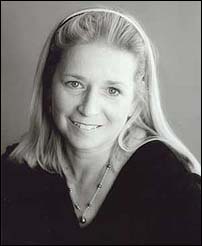 AnneMarie Martins, founder of International Music Network in Gloucester, MA, is leaving the company "to take a break," she told CelebrityAccess. Todd Walker will handle her West Coast territory in the U.S. and Alberta and British Columbia in Canada.

Martins' partner Scott Southard will retain all the
artists and the business of IMN. "I will be focusing on my small children for the next few years and am really looking forward to being a Mom for a while! In addition I will be doing some consulting and teaching in the
performing arts field."

Martins can be reached at annemarie@AnneMarieMartins.com after April 15.

Effective March 1, managers Stewart Young and Merrie Hart left TBA and re-established Hard to Handle Management, bringing their stable of acts with them. Young is the responsible manager for ELP, Foreigner, Gary Moore, Scorpions, UB40 and Zucchero; all acts are co-managed by Part Rock Management in London.

After hooking up with Dave Lory's Worldwide Entertainment Group less than six months ago, Ted Gardner has confirmed to CelebrityAccess that his Larrikin Management company has parted ways. Gardner's roster includes The Emergency, Wan Santo, Plumm, The Spooks, Prozach, downthesun, Project 86, Cardia, Candiria, wHorse, Quitter and The Whitlams (US only).

On his move, Dottore told CelebrityAccess the timing was right. "Everyone at TBA has been very supportive."

Joining Dottore in his new enterprise is Don London, also from TBA, who handles the day-to-day of Cherish The Ladies.