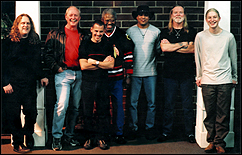 (CelebrityAccess MediaWire) — In a Class Action Lawsuit filed by Labaton Sucharow & Rudoff LLP and Probstein & Weiner, The Allman Brothers Band and Cheap Trick allege on behalf of themselves and other class members that Sony Music is not paying its recording artists 50% of the net licensing revenue received by Sony Music in connection with the master recordings licensed to Apple and other third party providers of digital downloads, as Sony Music is contractually obligated to do.

Instead of paying its recording artists the approximate 30 cents of the 70 cents it receives for digital downloads (after deducting payments to music publishers), the suit alleges that Sony Music wrongfully treats each download as a sale of a physical phonorecord (i.e. a CD or cassette tape), only paying on 85% of such "sales" (due to a fiction that there is breakage of product), deducting a 20% fee for container/packaging charges associated with the digital downloads (although there are none), and reducing its payments by a further 50% "audiofile" deduction, yielding a payment to the Sony Music recording artist of approximately 4 1/2 cents per digital download.

According to the complaint filed, The Allman Brothers Band and Cheap Trick and other members of this class action have been damaged in the amount of millions of dollars through the loss of royalty payments which Sony Music has retained for its own benefit in breach of the applicable contractual record royalty provisions.

"Sony Music is presently engaged in a widespread attempt to underpay its recording artists; with the technological advancements in the music industry, where many people download songs to their iPods and other portable devices, it is essential that artists receive the royalty income to which they are entitled," stated Brian Caplan, one the attorneys for The Allman Brothers Band, Cheap Trick and the class in this action. –Bob Grossweiner and Jane Cohen