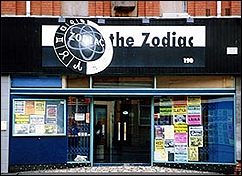 AMG purchased the Cowley Road club for an undisclosed amount last November, and has been subject to speculation regarding its plans for the venue since.

The project will see the club partially demolished and rebuilt with three separate venues under the same roof, according to the Oxford Mail. The total capacity will increase from 750 to 1,150, most of which will be focused in the main venue, The Carling Academy Oxford, which will hold 900. The Zodiac’s name will be used for a smaller 436-capacity club upstairs, which will host up and coming bands. The third element will be a standalone bar and club, to be called Bar Academy, which will hold 280 people. Due to fire regulations, the three venues will not be allowed to operate at full capacity at the same time.

Work will begin on the club in May, and is expected to be completed by September. AMG has announced that a secret special guest will help with the club’s grand re-opening.

AMG chief executive John Northcote told the Oxford Mail, “Come May 18, the Zodiac will cease to exist. But in the middle of September, it will open with three new rooms. This is a good thing for Oxford.” –by CelebrityAccess Staff Writers