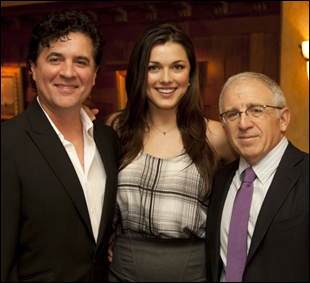 Davis, an artist manager who reps singer-songwriter Jewel, will oversee operations of the company. Eric Arnold, a William Morris Endeavor alum, will also be joining the venture as an artist manager. B.A.D. Management will represent artists including Jewel, Steel Magnolia and Edens Edge.

Davis has worked with Front Line as an artist manager since December 2007. She was previously the General Manager of RAYBAW Records, an imprint of Warner Bros. Her experience has also included holding the position of National Marketing & Sponsorship Director for the Nashville Songwriters Association International (NSAI). Davis holds a Bachelor of Science degree in Marketing and Management from the University of South Carolina.

In addition to his B.A.D. Management participation, Borchetta is also the CEO of Big Machine Records, The Valory Music Company and Universal Republic Nashville. Azoff is the CEO of Front Line Management, as well as executive chairman of Front Line's parent, Live Nation Entertainment.

"I couldn’t be more pleased to team up with such dedicated and forward-thinking individuals as Irving Azoff and Scott Borchetta," said Virginia Davis. "Together, we will direct strategies to build and maintain long-term careers that empower our artists."