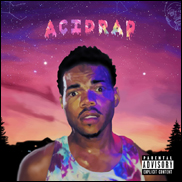 CHICAGO (Hypebot) – Acid-rap-mixtapeThese days hip hip mixtapes are typically composed of original and purloined audio in a creative mix designed to build an artist's brand through free digital giveaways. One such free mixtape from Chance the Rapper appears to have been packaged illegitimately for sale and quickly charted. Another featuring authorized content from such artists as Curren$y was legally released as a BitTorrent Bundle. Honestly I think we've left Mixtape 2.0 far behind.

Hip hop mixtapes have gone through a lot of changes and variations. Mixtape 2.0 may best signify the shift to online giveaways to build rapper's brands with content that ranges from improvised lyrics over mainstream beats to original material that one might expect on a traditional album release.

The ease of digital sharing and the power of free helped make Mixtape 2.0 a leading form of marketing for hip hop and related genres. And as long as they were kept free, most licensing issues were put aside.

Major Mixtape 2.0 busts such as those involving DJ Drama focused on locations where unlicensed content appeared on physical releases but web outlets and blogs were also targeted. These busts were controversial, in part, because unlicensed content was often provided from label reps seeking publicity.

Generally speaking Mixtape 2.0 infringement was overlooked at long as mixtapes were free though that's never been a sure thing.

However third parties also appeared who saw the rise of digital mixtapes as a new source for pirated physical and digital products. Apparently Chance the Rapper ran into such a situation when his mixtape "Acid Rap" was pirated and released on both iTunes and Amazon where it can still be found.

These sales lead to a chart appearance on Billboard's Top R&B/Hip-Hop Albums chart at no. 63 for 1000 copies sold.

I'm not sure what this means legally. The mixtape is described as having original material but even so may not have been scrutinized the way a full release would be.

But given the journey of hip hop mixtapes from bootleg anthologies to unique promotional channels that often receive the same amount of attention as would a debut album, it's interesting to see the newer, often more legitimate digital productions being themselves bootlegged on CD.

The move among many hip hop mixtape creators towards legal content situates them perfectly for BitTorrent's rebranding as a company that supports creators.

The Jet Life BitTorrent Bundle combines these two forces in a bundle of content that's more than a linear stream with audio, video, an interactive ticket and merch coupon.
v
At this point the news that BitTorrent's tech is used for a variety of legal purposes is somewhat stale but the possibilities for promoting music and other art forms with big bundles of digital goodies seem fresher than ever.

There's nothing wrong with calling the current situation Mixtape 2.0, since 3.0 overextends the concept, but it's definitely a different landscape for the surprisingly complex form known as the mixtape.