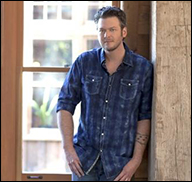 RALEIGH, NC (CelebrityAccess) — Blake Shelton was forced to pull out of a concert at East Carolina University due to scheduling conflicts after the event was rescheduled.

The News & Observer of Raleigh reported the Carolina Kickoff show was originally planned Aug. 19, but was pushed back to April 21st over concerns about potential damage to the University's football field and concerns about other events.

The concert was part of a festival that started last year and is intended to serve as a new tradition to start the school's fall semester.

Shelton was obliged to back out of the rescheduled date due to previous commitments with televised singing competition "The Voice."