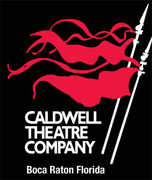 BOCA RATON (CelebrityAccess MediaWire) — The Caldwell Theatre Company in Boca Raton is planning to file for bankruptcy as early as this week in order to fend off an attempt by creditors to foreclose on the venue.

According to the Orlando Sentinel, the theatre's plan to file for bankruptcy protection comes after one of the theatres creditors Legacy Bank filed a request with a Palm Beach County circuit judge to appoint a receiver to oversee the venue's finances.

The non-profit theatre group who operate the Caldwell has struggled to pay down the debt on the new $10 million which opened in 2007. That debt includes a $5.6 million mortgage from Legacy Bank.

"It [The Theatre] has had a history of problems from the inception of this note, with payments being delayed for months at a time," Michael Moskowitz, an attorney for Legacy Bank told the Sentinel. According to Moskowitz, Legacy has modified the mortgage three times in order to give the Caldwell some breathing room.

"We would like to work with them, but this has been a constant, ongoing thing," Moskowitz added.

Despite the financial trouble, the Caldwell intends to soldier onwards and plans to continue operations for the foreseeable future.

"The theater will be putting its money where its mouth is. It is the theater's absolute intention to honor all subscriptions and continue operating seamlessly," Bradley Shraiberg, an attorney representing the theatre told the Sentinel. "The strong survive." – CelebrityAccess Staff Writers