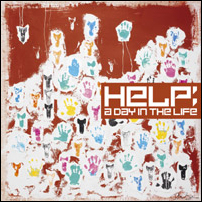 (CelebrityAccess MediaWire) — Some of the biggest bands in Britain are attempting to record and release an album in record time to help raise money for the War Child charity. Radiohead, Kaiser Chiefs, Gorillaz, Keane and Mercury Music Prize winners Antony and the Johnsons all recorded tracks for “Help: A Day in the Life” in studios around the world.

Another album, “Help,” which featured Oasis and Blur, was released 10 years ago to support the charity. It raised more than £1.25m for children caught up in the Bosnian war.

Antony and the Johnsons recorded a version of John Lennon’s “Happy Xmas (War is Over)” with Boy George. Keane recorded a cover of Sir Elton John’s “Goodbye Yellow Brick Road.” The Kaiser Chiefs covered “I Heard It Through The Grapevine.” Manic Street Preachers, Razorlight, the Magic Numbers, The Coral, Bloc Party, Hard-Fi and Mylo are among other taking part in the album.

The full track listing for “Help: A Day in the Life” is as follows:

Antony and the Johnsons and Boy George – Happy Xmas (War is Over)
Belle & Sebastian – The Eighth Station of the Cross Kebab House
Bloc Party – The Present
The Coral (produced by Portishead's Geoff Barrow and Adrian Utley) – It Was Nothing
Damien Rice – Crosseyed Bear
Elbow – Snowball
Emmanuel Jal – Gua
The Go! Team – Phantom Broadcast
Gorillaz – Hong Kong
Hard-Fi – Help Me Please
Kaiser Chiefs – I Heard It Through the Grapevine
Keane and Faultline – Goodbye Yellow Brick Road
The Magic Numbers – Gone Are the Days
The Manic Street Preachers – Leviathan
Maximo Park – Wasteland
Mylo – to be confirmed
Radiohead – I Want None of It
Razorlight – Kirby's House
Tinariwen – to be confirmed
The Zutons – Hello Conscience

The tracks became available for download at the War Child Music website on Friday. –by CelebrityAccess Staff Writers