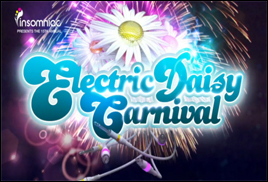 The suit was first filed in 2011 and alleged civil conspiracy, fraud, unfair business practices, and unscrupulous accounting practices. In the suit, the city of Los Angeles' Coliseum Commission claimed that
Pasquale Rotella and another promoter, Reza Gerami of Go Ventures, allegedly paid kickbacks to ex-Memorial Coliseum events manager Todd DeStefano in exchange for guaranteed access and lower rates at the venue. Rotella and Gerami claimed that the transactions were above board and that they were paying DeStefano for consultancy services performed apart from his role with the Coliseum.

A judge first rejected the Commission's claims back in July, but left the door open for an amended filing, which has also now been rejected.

“We have maintained from day one that the Coliseum’s meritless lawsuit was ill-conceived, politically motivated and publicity driven. We are very pleased that the Court recognized that Insomniac and Mr. Rotella’s business with the Coliseum was lawful and transparent," said a statement by Insomniac attorney Gary Jay Kaufman. "With this civil suit behind them, Insomniac can now focus on doing what they do best—putting on the world’s greatest electronic dance music festivals.”

Despite Mr. Kaufman's enthusiasm, Rotella still faces criminal charges relating to the alleged kickback scheme and faces as much as 14 years in prison if found guilty. A hearing on arguments to dismiss the criminal charges has been scheduled for September 18th. – CelebrityAccess Staff Writers