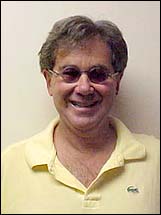 "Chuck Morris, Brent Fedrizzi and their team have a great track record in Colorado, Utah and Wyoming, expanding from two guys booking 35 concerts a year to 15 smart professionals who will soon top 300 concerts a year in some of the area's best indoor and outdoor facilities," said CCMG president/CEO Michael Rapino. "Now, both CMP and BGP can concentrate on expanding and improving operations in their geographic areas of expertise."

As president, Morris will pursue company growth and new business opportunities, while Fedrizzi will take on responsibilities for day-to-day operations and continue as a talent booker. Morris will now report directly to Los Angeles-based Rapino, while Fedrizzi continues to report to Morris.

"I have made a point of surrounding myself with great local talent, including two of the best promoters in the country, Brent Fedrizzi and Don Strasburg; a top-of-the-line marketing department ably led by Kate McKenzie; gifted ticketing department chief Fred Paull; and a production and publicity department, under Tommy Hauser and Michele 'Mel' Gibson, that is unparalleled," Morris said. "Everyone here was either born or schooled in Denver, so they really understand this market.

In January 1998, Morris helped launch the partnership Chuck Morris Presents/Bill Graham Presents, with the San Francisco-based promotion house founded by concert pioneer Bill Graham. The company was bought by SFX in 2000, and all of SFX was purchased by Clear Channel Entertainment in 2001.

In Colorado, Morris, Fedrizzi and colleagues took a startup and built it into the market leader in seven years, successfully expanding into Wyoming and Utah. When CMP takes over downtown Denver's historic Paramount Theatre on August 1, 2005, its number of annual shows should climb to more than 300 per year.

Morris, with the help of his partners at BGP, created the noted Fillmore Auditorium in Denver, where the firm currently promotes approximately 75 shows per year by such top artists as Bob Dylan, Sting, David Bowie and Paul Simon, as well as bands such as String Cheese Incident, Phil Lesh & Friends and Big Head Todd & the Monsters who have come to consider Denver's Fillmore Auditorium their second home.

In the summer of 2002, Chuck Morris and Clear Channel Entertainment, in partnership with Kroenke Sports Enterprises, opened the 5000-seat Universal Lending CityLights Pavilion in downtown Denver, an amphitheater modeled after Boston's Fleet Pavilion.

Chuck Morris Presents promotes the majority of shows at Red Rocks Amphitheatre and the Pepsi Center as well as all the concerts at the CMP-owned Fillmore Auditorium and co-owned Universal Lending Pavilion.

"Taking over the Paramount is very exciting for us, and it looks like we'll have our biggest Red Rock season ever this summer, with Van Morrison and Jack Johnson already sold out as well as many acts headed that way," Morris said. "We enjoyed working alongside Bill Graham Presents for the past seven years, but now the buck stops here in Denver, which is a challenge we embrace." — Jane Cohen and Bob Grossweiner