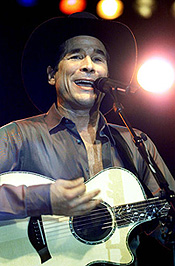 Black recently visited some
of the homes damaged by the storm. "Like a lot of
Houstonians, I thought by now the situation had worked it-
self out," he said on his Web site. "People are living in
conditions hard to accept. It's almost impossible to manage
our emotions. It's not just homes but lives that need to be
rebuilt."

The telethon will air on several Houston TV
stations.