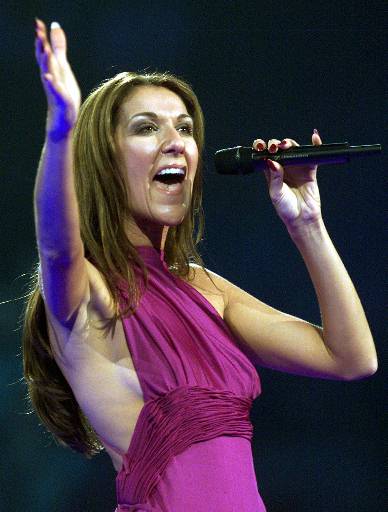 With two months to go before opening night of "A New Day …" Featuring Celine Dion, ticket sales are well beyond expectations with over 200,000 of a possible 240,000 tickets sold for the first sixty shows. With some shows already completely sold out, tickets are still available on a limited basis for most performances. Produced by Concerts West, an AEG Company, the show is currently in rehearsals at The Colosseum at Caesars Palace, Las Vegas.

To help ensure that fans and prospective Las Vegas visitors receive first priority on tickets, a unique marketing plan is being followed that releases tickets in timed blocks. The first three-month block, with 60 shows, launched in late May 2002, with sales to Celine's fan club and resort guests (through room/show packages) via Celinedion.com and Ticketmaster.com . Beginning last month, the box office at The Colosseum at Caesars Palace, Las Vegas was opened to the public.

"We're extremely pleased that our ticket-selling strategy has enabled 200,000 Celine Dion and Franco Dragone fans around the world to purchase tickets so far, said John Meglen," co-CEO Concert West. We are looking forward to sold out shows throughout the three-year run of 'A New Day …'

Three international travel agencies have been authorized to sell ticket packages to help ensure that oversees fans have the opportunity to obtain tickets. These agencies include The Newmarket Group in the United Kingdom, Gilbert Coullier in France and Artistours in Quebec for Canada. Collectively, and more than 6,000 packages have been sold for the first three months in these territories.

"A New Day …," created by DRAGONE, features Celine Dion and an international cast of 60 dancers, musicians and artists chosen from thousands who applied through worldwide auditions. Directed by Franco Dragone, director of the enormously successful Alegria, Quidam, "O" and Mystere shows by Cirque du Soleil, the show is a combination of song, live performance and theatrical innovation.