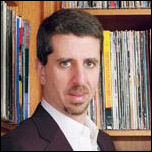 NEW YORK (CelebrityAccess MediaWire) -– After a review of EMI Music’s American operations, Eric Nicoli, the Chief Executive Officer of EMI Group today announced that the company is merging its Capitol and Virgin labels to form The Capitol Music Group, a front line pop, rock and urban label group that will comprise the Capitol and Virgin Records imprints.

Jason Flom has been promoted to lead The Capitol Music Group as Chairman and CEO. Flom, who joined EMI as Chairman and CEO of Virgin Records America in November 2005, reports directly to Nicoli and will now oversee the combined Capitol and Virgin rosters in the United States.

Nicoli said: "The music business shows exciting growth potential, but the environment remains extremely challenging. In order to thrive and meet the demands of a rapidly evolving and dynamic music market, we must re-think our operations, not only to make them efficient, but also more effective and focused on creative excellence. By bringing Capitol and Virgin into one label group, we will be better equipped than ever to promote and nurture artistic talent. We remain strongly committed to developing artists in the US.

America in all genres as this is a key repertoire source for the world, and to that end, we will maintain our A&R focus and keep a presence in both LA and
New York. This structure will also allow us to further build our digital capability."

"Jason Flom quickly demonstrated his leadership and artist development abilities since he has been at Virgin. I am confident that he will take us to new levels of success in the rock, pop and urban genres as leader of the Capitol Music Group."

Andrew Slater, who has been President and Chief Executive Officer of Capitol Records in the US since 2001, has stepped down from his post.

"I would like to thank Andy for his contribution to Capitol and EMI over the past six years and wish him well in all that he does in the future," said Nicoli.

The formation of this combined label group is part of EMI Group’s recently announced restructuring program, designed to deliver £110m ($217 million) in annual savings across its business.

"The combined Capitol Music Group under Jason Flom will become part of a portfolio of labels that position us to be best-of-class in all genres in the US market: the new Capitol Music Group, our very successful Capitol Nashville label, the market-leading EMI Christian Music Group, The Blue Note Label Group aimed at the adult music buyer, our US Latin label EMI Televisa Music, EMM’s terrific catalog business and Caroline as a full service distribution and marketing arm for the independent label area," said Nicoli. – CelebrityAccess Staff Writers