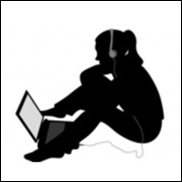 (Hypebot) – The final chapter in the long, sordid story of the pirate site, Grooveshark, finally played out in a New York Courtroom last week. The principals, after years of litigation, have finally shut down their website and signed an agreement stating they will never own or operate a pirate site again or face millions of dollars in fines.

“An RIAA statement issued on Thursday (April 30) goes on to say under terms of the settlement, Grooveshark founders Josh Greenberg and Sam Tarantino admit to creating and operating an infringing music service.”


An admission of guilt? That’s it?


The fact that no one connected with Grooveshark will pay any fines or serve any jail time, after operating an illegal enterprise for nearly a decade, is a testament to how ineffective and broken our legal system is when it comes to protecting American artists and their work.


We’ve just sent a message to anyone who wants to start a pirate site that even if you’re caught the consequences are basically an apology.


It gets worse. Grooveshark was shut down, not because our legal system had the necessary laws in place to effectively protect copyright holders, but rather, on a technicality. In their desire to grow their illegal enterprise faster, two of the principals from Grooveshark had instructed their employees to perform illegal activities, leaving a paper trail behind that led to their admission of guilt.


In the don’t ask, don’t tell world of copyright enforcement they had committed the crime of asking their own employees to upload copyrighted songs.


“The company, Grooveshark, has fended off past lawsuits by citing the Digital Millennium Copyright Act, which holds websites blameless for material uploaded by third-party users if the websites respond to takedown requests by copyright owners.”


Like thousands of other pirate sites, Grooveshark had created a multi-million dollar business using the Safe Harbor loophole in the Digital Millennium Copyright Act, DMCA, to make money and avoid prosecution. A law that allows third parties, but not employees, to upload copyrighted work over and over again without legal consequence to the website operators and owners. An out of control policy, where last year alone over 345 million take down notices were filed, with little or no impact on the number of copyrighted works available on infringing sites.


It was reported that one author filed 541 take down notices with a single infringing website to have one of his books removed without success. Instead of stipulating the permanent removal of a specific copyrighted work, the DMCA’s Section 512 dealing with take down notices only requires websites to remove a specific file.


How many years and how many songs have been streamed by Grooveshark as musicians and songwriters stood by unable to do anything to permanently remove their work from the website?


Online piracy is an epidemic that knows no boundaries, impacting film, television, music, books, photography, software, video games and all works that can be copied, digitized and distributed over the internet. A crime wave that has cost hundreds of thousands of jobs and hundreds of billions in lost revenue in this country alone.