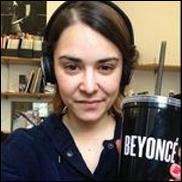 NEW YORK (Hypebot) – Fader has a new Editor-in-Chief, Naomi Zeichner, and she intends to keep print going strong while beefing up editorial content on the web. Fader is also expanding internationally. They've been doing well in the UK and now plan to launch in 10 major cities around the world. Oh, and remember Fader Festival? That's still in the work but there's a lot of talking yet to do.

Zeichner previously worked at Fader as both an associate and then senior editor before becoming BuzzFeed's music editor. She replaces Matthew Schnipper who's headed to The Verge.

According to Capital, though Zeichner says they're "absolutely committed to keeping a print product," she has plans to beef up Fader's online presence.

These include no longer holding back material for the magazine:

"It's very important when we see a big trend or something that's really exciting, maybe it does end up on the cover of our magazine and we go report it out for four days and send a photographer…but probably there should be six other stories, too."

And posting more substantial material to the web:

"We have to also be creating features for web and doing investigations and real reporting and real journalism for web."

According to Billboard, Fader co-founder Rob Stone says that in addition to their ongoing activities in the UK, they will "be expanding into 10 major cities over the next 12 to 16 months."

"That has not fallen by the wayside…We're in some deep conversations about how and when to execute that."