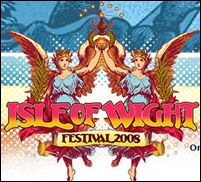 ISLE OF WIGHT, UK (VIP-NEWS) — Bands and musicians who played at last year's Folk and Blues festival on the Isle of Wight claim they still have not been paid for their performances.


Folk legends Fairport Convention say they are owed £5,000 for headlining the event.


Other musicians and local businesses are also claiming they have not been paid for services given to promoters.


The promoters are blaming sponsors not paying them for the delay in payment to bands who played in 2007.


Fairport Convention played at the original 1968 Folk and Blues festival.


Band leader Dave Pegg told Radio 4's You and Yours programme that they expect to be paid for their appearance on the Isle of Wight last September.


He said: "We did a concert there which was sold out. I personally travelled all the way from France where I was on holiday and took three days out of my life.


"The audience were great. We had a really good night. We may appear to be a big name but this is our livelihood and we really do need to get paid."


Geri Ward, who organises the Folk and Blues festival and the Isle of Wight International Jazz Festival, says performers will get their appearance fees.


"The jazz festival musicians from last year have been paid. The majority of this year's are already paid," she said.


"The folk and blues festival is a big problem to us because we do have to find reinvestment and find sponsors.


She added that "people were getting paid" but there would not be another folk and blues festival until the financial issues had been sorted out.