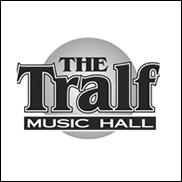 (Hypebot) – The Tralf, as locals call it, has been a fixture on the Buffalo, N.Y. live music scene for decades. But it may be forced to close thanks to a lawsuit filed by the family of a 28 year old doctor who slid down the venue's banister to his death.


A doctor who tried to "ride the banister" at a Buffalo, N.Y. concert venue died because of a substance on the railings and space between the staircase and a wall, his mother claims.


Indu Verma sued Acquest Theater Place LLC, Acquest Development LLC and ESI Inc. individually and on behalf of the estate of Dr. Rajan Verma on Monday. She blames them for his post-concert death at the Tralf Music Hall in Buffalo.


Verma attended a Polica and Lolawolf concert at the venue in June 2014, according to the complaint. He "rode the banister" at the top staircase and tried to ride a second set of railings but fell near the top of a balcony due to a sticky substance on the banister, the lawsuit claims.


"Defendants improperly used a 'sticky substance' such as double-sided tacky tape to increase friction on the banister and deter concertgoers from sliding down it," the complaint states. "Unfortunately, this 'sticky substance' caused decedent Dr. Verma to lose his center of gravity and caused him to drop in between the staircase and the wall."


In addition to the sticky substance, the lawsuit also blames the concert hall's design for his death.


"Given the prior conduct of multiple concertgoers and the fact alcohol is served on the premises, it should have been anticipated that concertgoers would 'ride the banister' and that they could possibly fall between the wall and staircase," the lawsuit states. "By having sufficient space between the wall and staircase rail to allow a person to fall, defendants Acquest Theater and Acquest Development were also negligent in preventing the fall that ultimately took the life of decedent Dr. Verma."


Verma was 28 years old at the time of his fall and died the next day at Buffalo General Hospital, according to the lawsuit. He was reportedly a first-year resident in internal medicine. Verma's estate and his mother seek $2.5 million for wrongful death. They are represented by Paul Paray in Westfield, N.J.