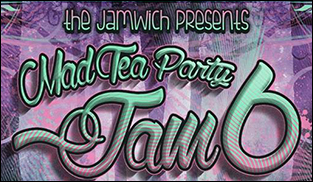 ARTEMAS, PA (CelebrityAccess) — The Mad Tea Party canceled some performances and quarantined campsites after the festival was struck with a highly contagious infection.

Held at Four Quarters Farm in Artemas, Pennsylvania, a number of festivalgoers, including headliner Papadosio was afflicted with what was described as a "very contagious Viral GI."

In a statement, venue operators Four Quarters InterFaith said: "Recently we have suffered at Four Quarters outbreaks of a very contagious Viral GI illness that is following the pattern of the 2008 season outbreaks. We have been in contact with our public health officials about Viral GI prior to the outbreak at The Mad Tea Party and have been in continuous contact since Sunday morning, June 18th.

"We have been forwarding contact information, hospital information, test reports and samples directly to the PA Epidemiological Dept, and will be meeting with them on site shortly. We have confirmed with some public health officials that this is a "hot" season for Viral GI with outbreaks emerging. It is our own opinion that we are experiencing a very contagious variant this season with one day incubation times, less than 24 hour mean duration and high transmissiblity through surfaces."

The Wickerman Burn, a Burning Man-like event held at the venue on the previous weekend was also afflicted with a similar outbreak according to NYS Music, however, there is, as of yet, no official link between the two incidents. – Staff Writers