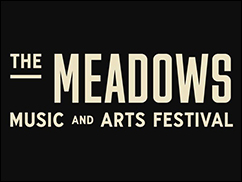 The inaugural Meadows Music & Arts Festival, scheduled for Oct. 1 and 2 at Citi Field will feature headliners The Weeknd, Chance the Rapper, Grimes, Bryson Tiller, and Kanye West whose recent appearance at Governor's Ball earlier this month was canceled due to weather.

Though the festival has just been announced, Founders, who were acquired by Live Nation earlier this year, has already taken some heat over the event. Initial press information regarding the festival suggested that it was being presented in partnership with Metropolitan Hospitality and the Flushing Meadows Corona Park Alliance (FMCPA), but Founders has since had to walk that back after the city's Parks Department and Councilwoman Julissa Ferreras-Copeland, who organized FMCPA.

"I met with Founders Entertainment to hear their proposals and tell them they must engage more stakeholders to build support for this festival," Councilwoman Ferreras-Copeland said in a statement reported by Billboard. "I was troubled to see them then claim the Flushing Meadows Corona Park Alliance as a partner, when the Alliance is not a partner and was never consulted about this event.

"There are serious concerns about the impact of a music festival on our community, including how this would impact Makers Faire, an existing and popular event in the same park on the same day," she added. "Founders must engage around issues like traffic, safety and economic impact, before it earns our community's support."

According to Billboard, Founders seemed contrite about the flap:

"Founders Entertainment is always looking for ways to benefit the communities in which its events are produced," the company's reps said in a statement provided to Billboard. "As part of our commitment for the Meadows, we are excited about the opportunity to support Flushing Meadows Corona Park, one of the great parks in the country, and many other important community needs. We are just starting to engage with local stakeholders [and] look forward to announcing these plans shortly and apologize if we misrepresented the status of those conversations previously."