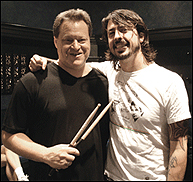 WASHINGTON (CelebrityAccess MediaWire) — After Live Nation announced that it had agreed to develop a new Fillmore in the Washington D.C. suburb Silver Spring, it was announced that Seth Hurwitz at IMP had also sent a letter to the county expressing an interest in the site but had been rebuffed with Montgomery County Exec Isaih Leggett saying that he was "too late."

Since the announcement, there has been some controversy surrounding the funding of the theater. The Maryland State legislature had pledged $2 million to support the construction of a Birchmere at the site, but now that the Birchmere is going to the University of Maryland at College Park, some are questioning if the State funds are still available.

Predictably, Leggett believes the money still belongs to his county. "The money is not going anywhere," he said shortly after the press conference announcing the Fillmore deal "That seems pretty outlandish that someone would make that case."

His immediate predecessor, Douglas Duncan disagreed, telling the Washington Post in an interview that "I view it as the state keeping its word, Montgomery County has a whole different project now."

According to the post, Duncan had spent 5 years developing the deal with Birchmere, even going as far as to announce a tentative agreement on the project. Leggett however, took over as Executive in 2007 and the deal seemed to quickly come unraveled with Live Nation waiting in the wings.

Consequently, we decided to ask Seth Hurwitz to take a moment out of his busy schedule to answer some questions and give us his perspective on this complex chain of events.

CelebrityAccess: What's your take on the deal and the way that it developed?

Hurwitz: It would appear, with the Birchmere announcement the same day, that the county was in a hurry to get a deal done so that the news was not simply that they officially lost the Birchmere

CelebrityAccess: I read that you sent a letter expressing your interest in the site to Isiah Leggett on Sept. 24th, is this true and was it in response to Live Nation's interest?

Hurwitz: Basically, I didn't want to interfere with any possibility that the Birchmere was getting back on track. It's the right venue for that area, and I didn't feel I could honestly offer a better situation. Plus, it's a local business that does a great job. Although you might hear about some of my squeaky wheel activities, what you don't hear about are all of the issues that I don't act on. I actually don't simply fight every fight. Crying wolf, picking your battles, etc.

When I started hearing some info that the Birchmere was gone to the point of really moving forward with something else, I thought it was time to look into it. When I heard about them giving away the store, I speeded it up.

CelebrityAccess: What about the site attracted your attention as a possible site for a new 9:30?

Hurwitz: You know, I still don't know if it interests me beyond checking it out. I need to look at it. That's what I was offering to do.

There are several issues that the Birchmere raised that haven't gone away. Personally, I don't like to make deals before I've answered important questions. It would appear as though the lawmakers and community are now starting to ask those questions.

CelebrityAccess: The deal with LN and the County seemed to happen very quickly. Did the process seem abnormal to you and does the county and state's apparent willingness to subsidize Live Nation's expansion seem reasonable?

Hurwitz: I had just sent my Maryland Quarterly tax payment in when this deal was announced. The idea of me helping to pay for a competitor to set up shop is not something I'm ready to accept.

Thankfully, I am not the only one questioning that right now. With $8 million of the public's money being spent, one would think that the lawmakers would want at look at every possible option, and not wait for people to call them. Obviously an incorrect assumption on my part. I certainly don't blame LN for accepting a free venue.

CelebrityAccess: Do you foresee the new Fillmore as a significant competitor in your market and if so, are you considering any strategies to continue Nightclub 9:30's continued strong performance?

Hurwitz: In the beginning, it was the tiny 200 seat original 930 vs the 500 seat Bayou, operated by what is now LN. The Bayou is closed. LN's last nightclub venture was the Nation nightclub, 2000 capacity. It opened in 1995, the year before the new 9:30 Club. It's also closed. So, for 27 of my 28 years doing this, there has always been competition.

I certainly have enjoyed this last year of not fighting over every show, but I never expected it to last.

Our strategy, whether it's a club, the Virgin Festival, or Merriweather, is to try and do the best job before there's trouble. We don't ever want to play catch-up. The real competition is for the consumer's dollars. – CelebrityAccess Staff Writers