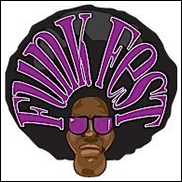 
For more than 10 years, Funk Fest has attracted music enthusiasts from across the globe who enjoy partying with a purpose while celebrating the rich cultural heritage of different musical genres. The 2014 tour was attended by more than 120,000 patrons and was named as one of the "Best Fests" by Creative Loafing Magazine.


"Funk Fest enthusiasts should be excited about the 2015 season, because we intend to give them an amazing show that celebrates ten years of great music and a fantastic time," said Variety Entertainment CEO, Leo Bennett. "We are thrilled about our partnership with Pepsi, which will help provide scholarships and awards to local area students to further their education."


This year, Funk Fest will bring together several R&B and Hip –Hop groups that have not performed together in years. Blackstreet (ft. Teddy Riley and Dave Hollister), Jodeci (all original members), Floetry and 2 Live Crew (featuring Brother Marquis, Fresh Kid Ice and Uncle Luke) will all reunite on Funk Fest stages during this year's tour.


Funk Fest community partner, Lifting As We Climb and Pepsi have pledged to award up to $50,000 in scholarships to students in tour markets and will also provide 40 students with career immersion experiences in Public Relations, Marketing, Operations and Production during the tour. Additional community investments will occur in Birmingham, Ala. through a partnership with the City of Birmingham's Department of Recreation and in Columbia, S.C. in partnership with Benedict College.


The following dates are for 2015 Funk Fest. Artists will vary per city, please visit www.funkfestconcerts.com for lineup in each city:

Additional tour dates will be announced for Charlotte, N.C., Miami, and Tampa, Fla. in the fall of 2015. –by CelebrityAccess Staff Writers