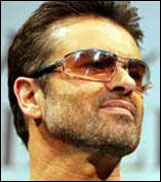 LONDON (CelebrityAccess MediaWire) — Pop singer George Michael, who made headlines recently after being discovered in London, slumped asleep at the wheel of his car, has admitted to being addicted to prescription drugs.

In an interview with talk show host Michael Parkinson, the 43 year old ex-frontman of Wham! talked frankly about his dependency on prescription drugs.

"It involves prescribed drugs and it involves a dependency on them and the tendency to chase one drug with another because of side effects." the singer told Parkinson. In part, he lays the blame at the death of his mother ten years ago, stating that his behavior was an attention-seeking "self-destructive" impulse.

He also expressed his positive opinion of marijuana, telling Parkinson that "We could sit here with any number of policemen and doctors and they would all tell you if everybody who had a dependence on alcohol changed their mind and had a dependence on weed, the world would be a much easier place to live in."

Michael is slated for his day in court on May 30th for sentencing on a marijuana possession charge stemming from his 'asleep behind the wheel incident.'

Michael has also been making news for his seemingly extravagant art buying binge. The New York Post is reporting that Michael has more than $20 million dollars on art, including pieces by notorious shark pickler Damien Hirst. The singer has a prodigious collection, valued at a reported $80 million and felt that the latest additions would be a good investment said a source close to Michael. – CelebrityAccess Staff Writers